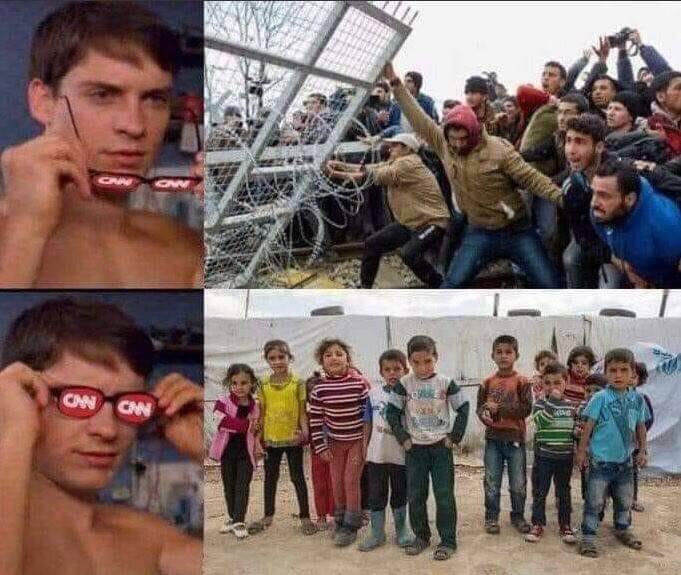 Because all illegal immigrants are saints.

And have you noticed that lately, the Dems have just said “fuck it” and are now calling everyone in the caravan “refugees”?

Their 2019 Newspeak dictionary has changed “undocumented immigrant” to simply “refugee” because the term “refugee” evokes sympathy.

Let in the refugees! They’re all fleeing misery and evil!

Classifying all prospective immigrants as refugees works to the left’s benefit because we have the moral imperative to take in refugees.

Even though the “refugees” were offered asylum in Mexico and said, “Nah, fuck that, we want to go to America to get all that awesome welfare and bang those sexy American chicks.”

Not very refugee-like behavior. It would be like if someone got sick and demanded to be rushed to the hospital, but upon arriving they said, “I don’t like this hospital. I want to go to a different one.”