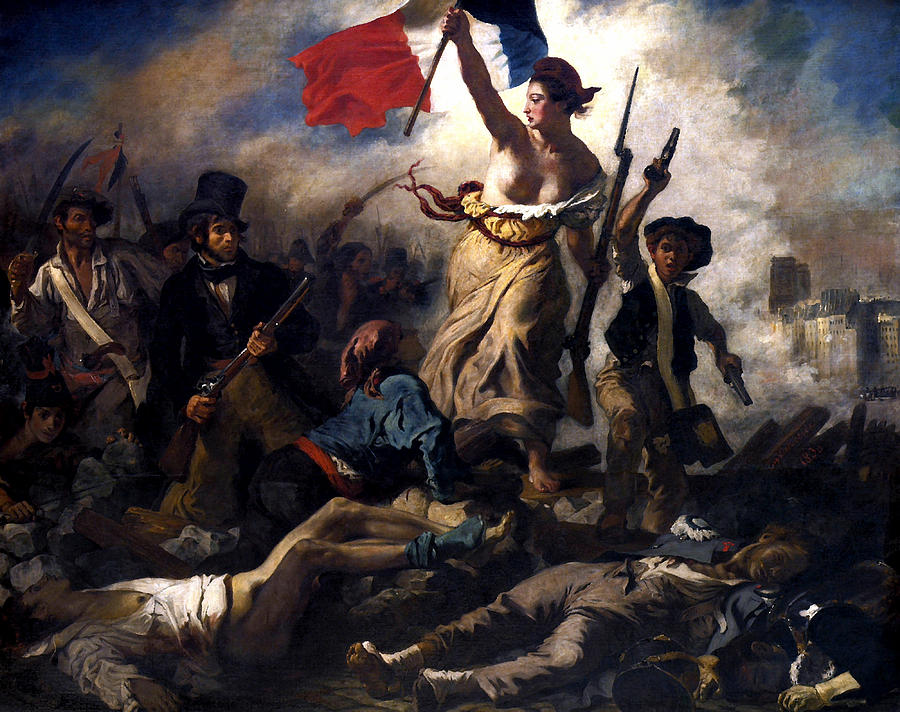 Why? Le Figaro, one of the three main “papers of record” in France, reported that the threat of a violent revolution was legitimate:

“At Matignon [the Prime Minister’s residence, the Hotel Matignon], Emmanuel Macron’s change of foot was like a bombshell. Taken aback by the news, the prime minister’s office tried, Wednesday night, to extinguish the beginning of fire. ” We work very closely with Élysée [the President’s residence, Elysee Palace]. There is a perfect alignment between the prime minister and the president, “they tried to argue. Ditto at Élysée where, in the late evening, a communiqué – official, this time – ensured that the executive couple spoke ” in concert “. Nevertheless, this incident will leave deep traces. And ask the question why the Elysee decided to suddenly take the hand.

On the evening of Wednesday, security reasons were implicitly invoked. Alarmist information circulated about Saturday’s demonstration. And especially on the degree of unprecedented violence that it could reach, fomented by ” a hard core radicalized ” from ” both the extreme right and extreme left “.

You know things are bad when the right and left are banding together in opposition to the government. Guess this is what happens when you elect a “centrist”.

But this last paragraph lays it out: Macron overruled Philippe on on the gas tax because of “security reasons” and the potential for this weekend’s “Act IV” of the Yellow Vest protests/riots to reach unprecedented levels of violence.

The intelligence services reportedly reported to Elysee “calls to kill and be armed with guns to attack parliamentarians, the government, the executive and the police.” According to our sources, a major ministry has even been instructed to forbid its staff and the ministers concerned from going to work this weekend. “They are putschists. We are in a coup attempt,” say the most serious at the presidential palace.

I’ve been saying the whole time that the threat of an actual violent revolution in France was real, and that the Macron government was fully aware of it.

Le Figaro basically confirms Macron folded on the gas tax because he thought he’d be violently overthrown if he didn’t.

It appears the spirit of 1789 is still alive and well in France.

It’s impossible to understand the Yellow Vests of 2018 without remembering how modern France was born in the French Revolution.

Violent coups and egalitarianism are part of their national ethos.

When people are under pressure or backed into a corner, they revert back to their nature. They do what they’ve always done, no matter how much they’ve tried to change and “unlearn” their habits. When shit hits the fan, when people are pushed to their breaking points, they do what is natural. Primal instincts kick in.

It’s like Texas: whenever Texas is pissed off at the federal government, they always revert to, “We were an independent republic before we joined the US, and if we have to, we’ll secede and go right back to being the Republic of Texas.”

France’s primal instinct is to resist elitism and monarchy. It looks to its revolutionary past for guidance in the present.

In Macron, the French see an out-of-touch elitist indifferent to the plight of the common people, and so today the French are doing what their ancestors did when faced with the “Let Them Eat Cake” indifference of the Ancien Régime in 1789.

They have not forgotten about the French Revolution.

In a strange way, despite all the violence and destruction, it’s kind of a beautiful thing to see a nation’s fundamental character and ethos preserved all these years. All that has happened to France over the past 230 years has not had the effect of stamping out their national character.

Despite Napoleon, two world wars and mass immigration from the third world, the French are still the French.

Revolution is in the air.

If anything, Macron repealing the gas tax will simply embolden the French people to demand even more concessions from their government. They now know that they can protest and riot to get what they want.