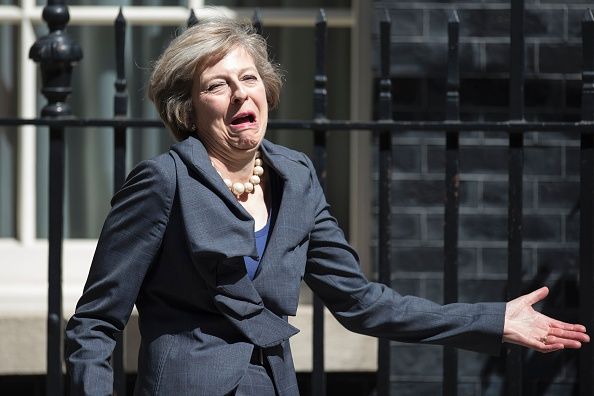 And there it is:

“We deliberately fucked-up the Brexit that you voted for. Wanna reconsider?”

The vote already happened. A second vote is not only unncessary but unacceptable.

If the people who ruled Britain believed in democracy, they would have all stepped aside in the wake of the Brexit vote–which they rightfully lost despite their campaign of fear and lies–and allowed genuine Brexiteers to take things from there.

They would have said, “The people have spoken, and rejected our vision for Britain. We will step aside and allow their vision to be carried out by those who actually supported it and believ in it.” In fact, that’s what their last Prime Minister, David Cameron, did. He was a Remainer, and when Remain lost, he stepped down because he knew he could not carry out the Brexit process in good faith.

At least he was honest about where he stood. His replacement, Theresa May, who was supposed to be the one suited to completing the Brexit deal, was in reality a closet Remainer who #Resisted the will of people and sabotaged the Brexit negotiations.

The people voted for Brexit, but the politicians have overruled them.

The elites are killing democracy by brazenly overruling the will of the voters.

Do they see what’s going on in France? Doesn’t that give them at least a little pause?

They’re going to get themselves overthrown, and they’ll completely deserve it.