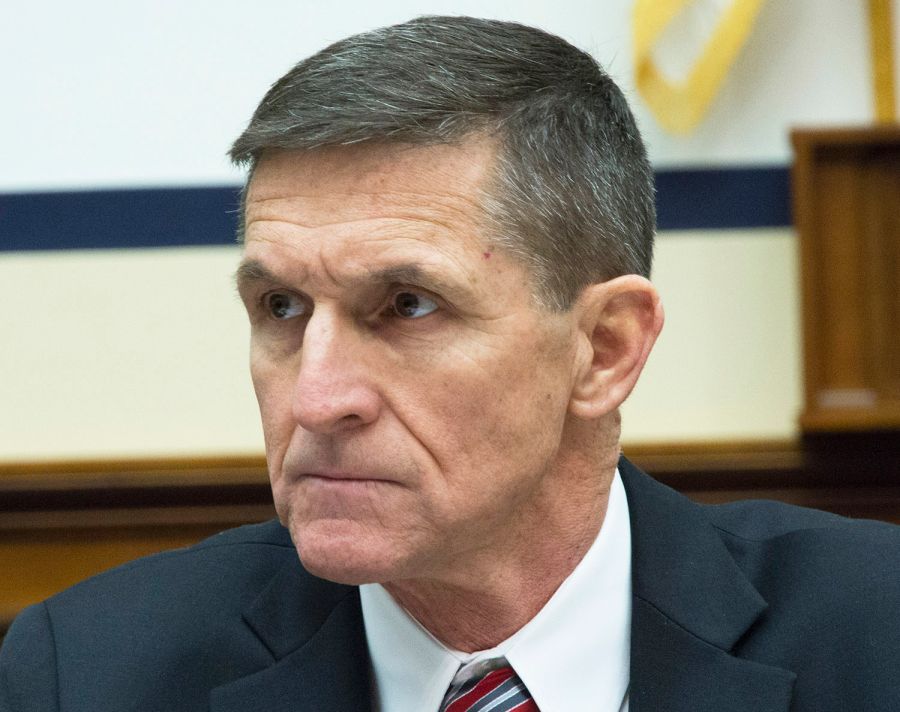 The country we live in today barely even resembles our idea of America anymore:

“Of Special Counsel Robert Mueller’s many targets, the most tragic may be former National Security Adviser Michael Flynn. The former three-star general pleaded guilty last year to a single count of lying to the FBI about conversations he had with Russia’s ambassador to the U.S. Now we learn from Mr. Flynn’s court filing to the sentencing judge that senior bureau officials acted in a way to set him up for the fall.

Not a rich man after decades in uniform, Mr. Flynn pleaded guilty to avoid bankruptcy and spare his son from becoming a legal target.”

Of course he’s not rich. Democrats may be surprised about this because to them, public office is a springboard to riches, but Michael Flynn did not parlay his name and rank into riches like so many people like him do.

“Mr. Flynn’s filing doesn’t take issue with the description of his offense. But the “additional facts” the Flynn defense team flags for the court raise doubts about FBI conduct.”

The FBI railroaded Flynn, ending his tenure as National Security Adviser before it even really began. Then, when Flynn was forced out because of the FBI’s dirty tricks, the arguably-more-despicable “mainstream” media then seized on the Flynn story to build its false narrative of a Trump White House beset by scandal and full of criminals.

The only collusion that took place was that between the Obama Intelligence Community and the “mainstream” media.

“The Flynn filing describes government documents concerning the Jan. 24, 2017 meeting with two FBI agents when Mr. Flynn supposedly lied. It turns out the meeting was set up by then Deputy FBI Director Andrew McCabe, who personally called Mr. Flynn that day on other business—to discuss an FBI training session. By Mr. McCabe’s account, on that call he told Mr. Flynn he “felt that we needed to have two of our agents sit down” with him to talk about his Russia communications.

Mr. McCabe then urged Mr. Flynn to meet without a lawyer present. “I explained that I thought the quickest way to get this done was to have a conversation between [Mr. Flynn] and the agents only. I further stated that if LTG Flynn wished to include anyone else in the meeting, like the White House Counsel for instance, that I would need to involve the Department of Justice. [Mr. Flynn] stated that this would not be necessary and agreed to meet with the agents without any additional participants,” wrote Mr. McCabe in a memo viewed by the Flynn defense team.”

Michael Flynn, like any true American patriot, believed in the inherent goodness of his country and government. He probably never suspected he was being set up by hostile, subversive, traitorous snakes trying to destroy him and ultimately overthrow the newly-elected President.

According to the FBI summary of the interview—known as a 302—Mr. McCabe and FBI officials “decided the agents would not warn Flynn that it was a crime to lie during an FBI interview because they wanted Flynn to be relaxed and they were concerned that giving the warnings might adversely affect the rapport.”

We also know from then FBI Director James Comey that this was his idea. This is “something I probably wouldn’t have done or wouldn’t have gotten away with in a more organized administration,” Mr. Comey boasted on MSNBC this weekend. “In the George W. Bush Administration or the Obama Administration, if the FBI wanted to send agents into the White House itself to interview a senior official, you would work through the White House counsel, there would be discussions and approvals and who would be there. And I thought, it’s early enough let’s just send a couple guys over.”

Flynn probably never suspected the FBI was trying to set him up. And they took full advantage of his naivete.

“If the goal was to set a legal trap, it worked. The two agents showed up at the White House within hours of Mr. McCabe’s call, and they reported in the 302 that General Flynn had been “relaxed and jocular” and “clearly saw the FBI agents as allies.” One of the agents was Peter Strzok, who is famous for his anti-Trump texts to his FBI paramour.”

The tragic saga of Michael Flynn was one of good vs. evil. The FBI preyed on Flynn’s assumption that the US government was in the hands of good people.

“The FBI agents had seen transcripts of Mr. Flynn’s conversations with the Russian ambassador that were “unmasked” by Obama Administration officials. The 302 says that rather than flag this and ask Mr. Flynn for an explanation, the FBI agents decided before the meeting that if “Flynn said he did not remember something they knew he said, they would use the exact words Flynn used, . . . to try to refresh his recollection. If Flynn still would not confirm what he said, . . . they would not confront him or talk him through it.”

“Keep in mind the FBI’s counterintelligence probe into Russia and the Trump campaign was still secret. Mr. Flynn had done nothing wrong in conversing with the Russian ambassador—it was part of his job—and he had no reason to believe he was in legal jeopardy. He initially claimed he misremembered what was discussed, which is more believable than that a highly decorated officer would lie to FBI officers he agreed to see without counsel.”

Of course Flynn wouldn’t remember every detail of his conversation with Kislyak–Flynn didn’t think the conversation was a big deal. He wasn’t “colluding,” nor was there ever any collusion, so of course it wasn’t a big deal to Flynn. In contrast, a criminal who  had discussed COLLUSION and SECRET SCHEMES would probably have a full recollection of the conversation.

Mr. Flynn’s lawyers are requesting probation and community service, though the facts suggest the judge should question the entire plea deal. Messrs. McCabe and Strzok have both been fired for misconduct, and their behavior reeks of entrapment.

If he does nothing else, President Trump has an obligation to former aides like Michael Flynn and to the public to declassify and disclose the FBI documents related to the FBI’s Russia probe.

Trump should pardon Flynn and, not only that, bring him back on board in the White House in some capacity.

The Deep State–Comey, Strzok, Mueller, McCabe, Brennan, Clapper and all the rest–are flat-out evil. Honestly, they should be hung for treason.

The only part of this story to take solace in is the fact that the Deep State’s treachery was ultimately exposed.