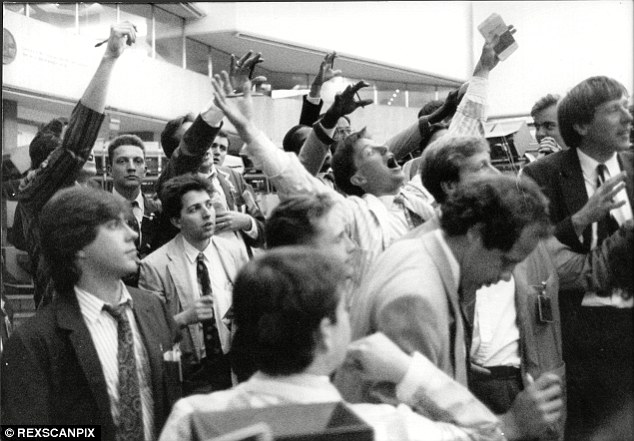 You’re probably aware the stock market has been tanking lately. This has lots of people wondering whether we’re about to enter a protracted bear market, defined as a drop of 20% of more from record highs. While no one can possibly know what the future holds, it is worth discussing the matter given that as of today the S&P 500 sits more than 12% beneath the record high it hit earlier this year.

Here is the context of the recent sell-off:

Without getting too much into the chart, we can see that the market hit an all-time high in early October and then had a sharp sell-off. It rebounded slightly by mid-October, then fell to new lows by the end of the month. It attempted to rally in early November, but was unable to retake previous highs, and tumbled down to 265. Late November saw a minor rally to about the same point as the early-November rally, and then a drop-off in early December. The market sort of hesitated for a bit, then sold off again giving us the current drop we’re in now.

We can see that after the early-October correction, the market tried three times to rally back to its highs, but all three times it failed to break out above the 280 level. That’s what technical analysts call “resistance”. Chart watchers look for “floors” and “ceilings”, also known as “support” and “resistance.” The blue line at the bottom of the chart showed the market’s previous “support” level at around 265, and we can see that it has dropped beneath the support, which generally means further pain ahead. If the market had bounced off of the 265 support level (again, the blue line), that would have been a good sign. But since it fell below the support line, it’s likely there’s further downside. It’s not guaranteed, of course, because anything can happen.

If we zoom out to take a bigger-picture view, we can see that the market is sitting on a fairly long-term support level not seen since April of this year, and prior to that, February. The 252-256 level seems to be a critical support (blue line again), and if we see the market drop below 252, it probably means even more pain.

So we’ll have to wait and see. As far as buying and selling recommendations go, I don’t want to get into that because I don’t want to be responsible for anyone else’s personal finances, but for what it’s worth I’m considering selling given that my portfolio is barely down right now. That’s just me, though. I’m not telling you to sell, I’m not telling you to buy. That’s just what’s going on in my head. Also keep in mind our brains are not wired to succeed in the stock market: we are wired to be risk-averse, and so our natural instinct is to want to sell when the market is going down and there’s red everywhere, in order to avoid further loss of principal. Yet that’s often the best time to buy.

Obviously the long-term approach to the market is to buy low and sell high, and times like this underscore how hard that truly is in practice: so many people thought it would be a good time to buy in October when the market was at record highs, because things seemed to be going well. But now, when people can buy the same stocks at lower prices, they want nothing to do with the market because things seem bad.

If you think about it, a stock you liked at $100 should be far more attractive after it has fallen to $75, no? But that’s not how our minds naturally work. Our minds believe that a stock that has fallen from $100 to $75 will keep falling (eventually to zero), even though it’s more likely that the stock has probably been oversold and is due for a rally (barring any extreme situations like Lehman Brothers in 2008 or Enron, where a company has gone belly-up, in which case it most certainly will go from $100 to $75 and eventually to zero). We also believe that a stock that has risen from $75 to $100 will keep rising, even though the most likely scenario is that the gains have already been had and the stock is more likely to go down than up.

Here are the main points for the stock market:

What are the political implications? That’s almost a topic for another day given that I could go on for a while discussing them. Someday soon I’ll write a piece about how the economy no longer accurately predicts the swings of American politics given our increasingly tribal divisions, but we’ll operate here off of the long-running assumption that politicians’ political fortunes are more or less tied to the economy.

But with the economy in good shape, Trump probably doesn’t have much to worry about as it stands right now. Sure, the market may be in rough shape, but in the grand scheme of things, this current 12% drop is nothing major. Obviously it could get worse, but the economy itself is not indicating any sort of long-term bear market or recession. Trump’s real worry should be getting the wall built.

One final thing to be aware of: the market’s “valuation.” Is the market over-valued or under-valued? Knowing this can help us figure out whether the market has further upside or significant downside risk. We can determine valuation by looking at the market’s overall price-to-earnings ratio. A high p/e ratio means overvalued, a low p/e ratio means undervalued. Overvalued, in turn, means there’s not much upside to be had as most of the value has probably already been squeezed out.

We can see that at the current level of 28.3, the market has only been this expensive two times: in 1929 and during the Dot Com Bubble of the late 1990s. History shows us that the market probably doesn’t have much value left to be extracted. This is where we have to worry about “mean reversion” and that’s a bad thing because the long-term mean is right around 15.

It’s important to know where we stand in the grand scheme of things. In late 2007, just before the Great Recession and the accompanying bear market, the Shiller P/E ratio was about where it is today. The stock collapse took the market’s P/E ratio down to 15, which is close to the long-term mean.

That will happen again. It’s just a matter of when.

0 comments on “About the Stock Market”