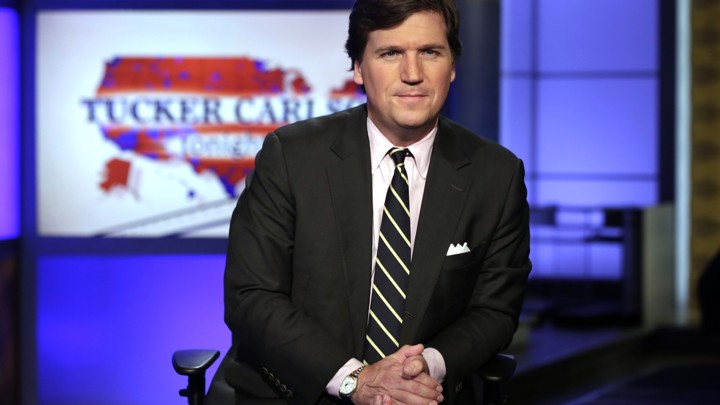 Last night Tucker just went off on the ruling class. His opening monologue was prompted by newly sworn-in Senator Mitt Romney’s idiotic attack on Donald Trump (after Romney had eagerly accepted Trump’s endorsement during the campaign), but Tucker ended up going into a full-spectrum condemnation of the ruling class’ parade of policy failures over the past two and a half decades or so.

You really should check out the opening monologue:

Here are some of the best quotes:

“Rich people are more happy to help fight malaria in Congo than they are to raise men’s wages in Dayton or Detroit.”

“For our ruling class, more investment banking is always the answer: they teach us it’s more virtuous to devote your life to some soulless corporation than it is to raise your own kids.”

“When you care about people, you do your best to treat them fairly. Our leaders don’t even try: they hand out jobs, contracts and scholarships to prestigious universities to people based purely on how they look.”

“Unfairness is profoundly divisive. When you favor one child over another, your kids don’t hate you, they hate each other. This happens in countries too. It’s happening in our country, and probably by design. Divided countries are easier to rule.”

A lot of the stuff Tucker said last night would not have been welcome in the Republican Party of Mitt Romney. But in the party of Donald Trump, which is fundamentally a rejection of Ruling Class Capitalism as embodied by Mitt Romney, the conversation has completely changed.

We’re not mindless defenders of corporate America and private profits anymore. We don’t support Democrat-pushed identity politics simply out of the fear of being called racists. And we embrace the long-forgotten white working class no matter how much they’re demonized by the “media”.

Mitt Romney’s version of Republicanism has no place in the party anymore. It lost decisively in 2016 and the party voters haven’t looked back. Anything Mitt Romney says about President Trump falls on deaf ears.