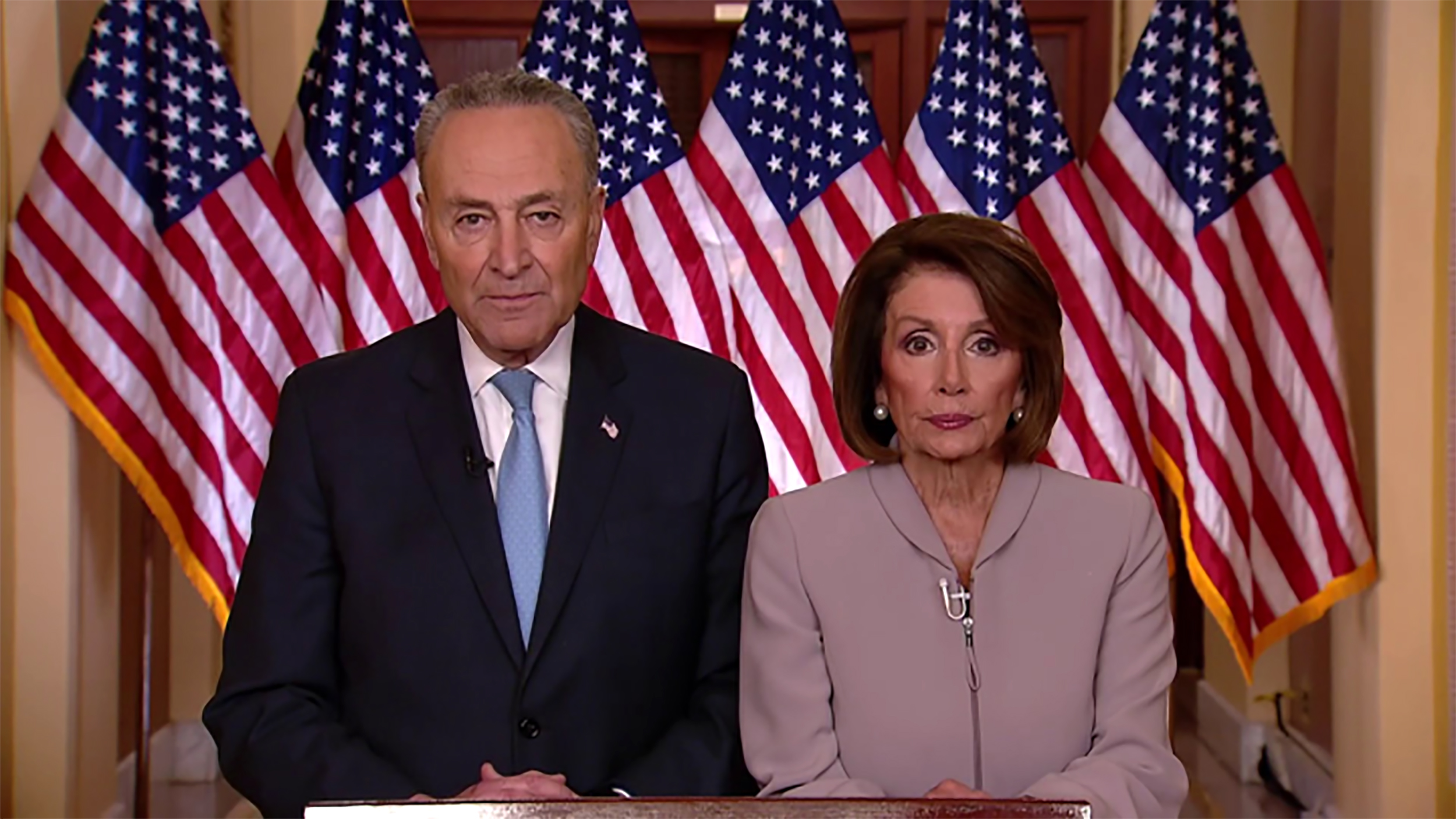 President Trump is requesting $5 billion out of a federal budget of over $4.4 trillion to build the wall.

Democrats have a variety of excuses they like to trot out for why we cannot under any circumstances have a border wall, all of which are complete bullshit:

And the most pathetic of all: “We can’t afford it.”

But can we really not afford the $5 billion for the wall?

It’s the little red part. That’s the $5 billion to secure our border.

That red box is one out of 880. That’s how much of the federal budget it would take to build a border wall.

But we just can’t spare it!

The reason we cannot have a border wall is not because of the cost, but because illegal immigration is the modern Democrat Party’s holy grail. It is everything.

As we’re finding out now, there is nothing they will fight for harder and more ferociously than illegal immigration.

There is nothing they will fight more passionately against than border security. And it’s not because the wall is “immoral” or won’t work, but because it will work.

A wall will stop illegal immigration and bring rates down to nearly zero.

And this is why we can’t have a wall.

To understand just how important it is to Democrats to flood the country with illegal immigrants, consider the fact that Chuck Schumer and Nancy Pelosi will allow hundreds of thousands of federal government employees to go without pay in order to keep the border unprotected.

If the shutdown goes on long enough, not only will federal employees start missing paychecks, but food stamp payments might not go out anymore.

And the Democrats will not bat an eye: poor people must starve if that’s what it takes to keep the border unsecured.

A border wall will prevent drugs from flowing across the border and devastating American communities, but Democrats want more deadly drugs in the country.

A border wall will help American workers and protect them from low-wage competition, but Democrats do not want Americans employed and making decent money.

The Democrats must flood the country with illegals by any means necessary. The demographic transformation of America must never be impeded. This is Democrats’ hill to die on above all others. This is their Helm’s Deep.

Illegal immigration is the one issue they will go full 300 Spartans on and defend as if everything they hold dear and sacred depends on.

They intend to import a new electorate and create a “new America” because the old one just doesn’t vote for them reliably enough. They’re already doing it.

A border wall will prevent them from importing new voters who are more receptive to their agenda, and that’s why we can’t have one.

0 comments on “Can We Afford the Wall?”