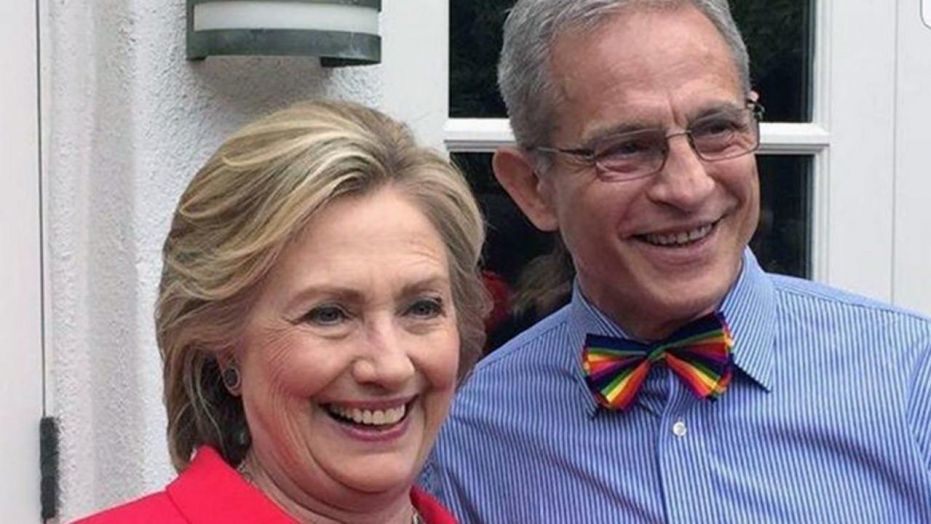 “President Trump is evil and immoral“! he proclaimed as the body of the male prostitute he had injected with crystal methamphetamine lay lifeless on his floor.

“Democratic Party megadonor Ed Buck faces new questions this week after Los Angeles County sheriff’s detectives opened an investigation into the second death of a man — identified by a medical examiner as 55-year-old Timothy Dean — at Buck’s home in less than two years, and a third man came forward with an account of what he described as his drug-fueled interactions with the well-connected Californian.

Deputies in West Hollywood responded early Monday morning to a report of a person not breathing at Buck’s home, and county firefighters pronounced the man dead. The cause of the death will be determined by the coroner, according to Nicole Nishida, a spokeswoman for the sheriff’s department.

But, critics are questioning whether Buck’s race — both men found dead were black — or if his wealth or political ties to the Democratic Party influenced an initial investigation of the 64-year-old who has donated tens of thousands of dollars to a slew of liberal causes and candidates over the years, including Hillary Clinton, Barack Obama, and a who’s who of top California politicians.

“He definitely has not been cooperative, as his attorney says. He refused to answer any questions when I tried speaking with him,” Los Angeles County Sheriff’s Department Homicide Investigator Quilmes Rodriguez told Fox News via email Wednesday night.”

Apparently Buck has a thing for getting these male prostitutes hooked on crystal meth. Now he’s killed two of them via overdoses.

Here’s more on the first death at Hillary-donor Buck’s apartment:

On July 27, 2017, a male escort named Gemmel Moore died in his apartment. Paramedics found Moore naked on a mattress in the living room with a “male pornography movie playing on the television,” according to a Los Angeles County coroner’s report. A spokesman for the coroner’s office, Ed Winter, said Buck was inside his Laurel Avenue home at the time of Moore’s death and that drug paraphernalia was recovered from the scene. Police found sex toys, syringes and “clear plastic bags with suspected methamphetamine in a tool box roll-cabinet in the living room,” 24 syringes with brown residue, five glass pipes with white residue and burn marks, a plastic straw with possible white residue, clear plastic bags with white powdery residue and a clear plastic bag with a “piece of crystal-like substance.” The death was investigated by the Los Angeles County Sheriff’s Department, and prosecutors declined to charge Buck on July 26, 2018.

I don’t get it. How does this guy get away without a single criminal charge?

They could have at least gotten him on possession of meth, no?

Must be nice to be a Democrat.

You can literally kill people and nothing will happen to you.

The Daily Mail ran a story of another young black man who was lured into the disgusting pervert Buck’s apartment and injected with crystal meth:

“EXCLUSIVE: ‘I thought I was going to be the next to die at Ed Buck’s house.’ Man tells DailyMailTV how Democratic donor paid him $250 and injected him with meth after ‘fetish’ sex sessions in white long johns – as police probe TWO black men’s deaths

Jermaine Gagnon, 28, told DailyMailTV how he narrowly escaped death when Edward Buck injected him with crystal meth at his sex-toy filled apartment.

Gagnon said Buck, 63, paid to fly him from Minnesota to Los Angeles, drugged him with a substance dissolved in Gatorade then injected him with crystal meth.

The 28-year-old shared photos of Buck, wearing white long johns, crouched over him on a mattress during one of their nights together last year.

Gagnon shared images of sex toys Buck had for their encounter, saying: ‘He had this red and black toolbox with all types of fetish toys, like c**k rings, sex toys’.

He added: ‘He gave me some Tommy Hilfiger tighty whities, a muscle t-shirt and some long johns. White knee-high socks’.

Gagnon said during one encounter Buck offered him a drink he suspected had been spiked, feeling woozy and weak shortly after drinking it.

‘He took my phone. I was so scared. I felt death walk into my soul. I called my mother. I said, ‘I feel like he’s going to kill me, I think I’m going to die’.

Buck is now under investigation over the deaths of two black men, including one man who died of an apparent overdose at his apartment on Monday.

These people are our betters.

Got that, you immoral Trump-supporting BIGOT?

They are better people than we are! They are our moral superiors.