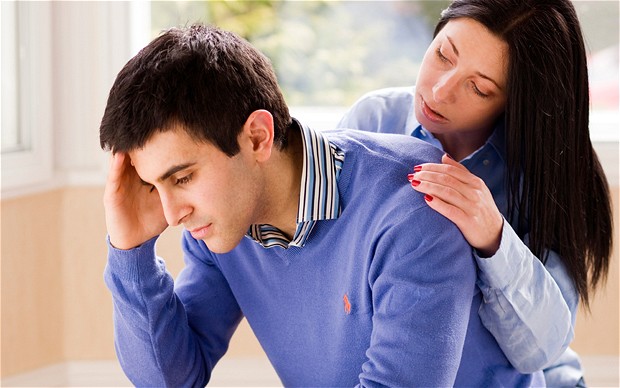 Wherever would you get the idea that masculinity is going through an existential crisis in the West? I mean, that’s just totally absurd!

The Daily Mail reports that Britain is becoming the cuckoldry capital of the West:

“Sales of ‘secret’ paternity tests are surging, according to suppliers of DIY home kits.

The DNA tests, which can be carried out with simple cheek swabs, are leading to growing numbers of men discovering they are not the biological father of children they had been led to believe were theirs.

AlphaBiolabs, the leading British home test supplier, says up to 30,000 paternity tests are being performed in this country every year – and that the figures are rising by ten per cent per year.

‘Of these, around 20 per cent of men will learn they are not the father of the child they are testing,’ says the company’s director, David Thomas. He added that in some regions the figure is higher, including the North East, where it is 30 per cent.”

If there’s not a war on men and masculinity, then explain this.

The only reason men get cucked is because they are weak and cannot satisfy their women. That’s the only reason.

Western men are now as weak as they have ever been, while Western women now have more options–socially, professionally, sexually–than they ever have.

This is not a good mixture.

If we are to have #Strong #Independent women, then men have to be stronger than ever as well. But they’re not. In fact, they’re weaker than ever.

No matter what women say, the reality is they want strong, assertive men. They are hardwired to be attracted to alpha males. It’s biology.

At some point in the past few decades, women said they no longer wanted strong men and instead preferred weak men who are “in touch with their feelings.” Plus, traditional masculinity was deemed “toxic” and incompatible with modern society, and oppressive to women to boot.

So lots of Western men got “in touch with their feelings” and grew weak. And they felt bad about oppressing women with their “Toxic Masculinity” and mansplaining and manspreading on the subway.

Part of this isn’t entirely the men’s fault. Part of it is they’ve been brainwashed by popular culture to want to become Weak Beta Males:

And, on top of this, a record number of boys are being raised in feminine environments, between the disastrously-high number of single-parent households and the female dominance of public education:

43% of boys are raised by single mothers.
78% of teachers are female.

It’s no wonder there’s such an abundance of weak men.

Now, our #Strong #Independent Western women resent their weak beta male boyfriends and husbands, and so they have affairs and get impregnated by strong alpha males behind their beta men’s backs.

On top of this, they get their beta men to unknowingly raise their alpha lovers’ children.

This will ruin us if we don’t turn it around.

1 comment on “There is No War on Masculinity, Move Along”