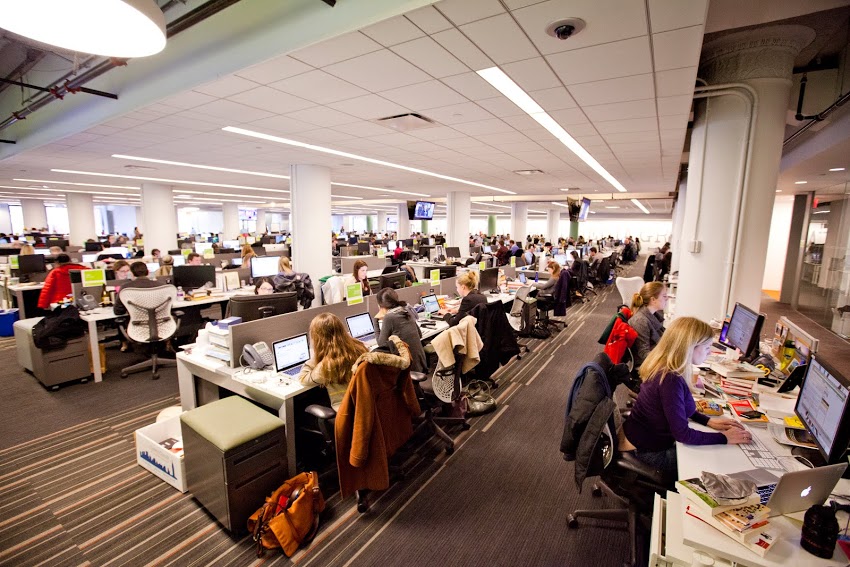 The Huffington Post is shutting down its entire opinion section:

For those who are wondering, @HuffPost Opinion — the entire section — is being eliminated. The beautiful, diverse, inclusive baby we built from scratch is gone.

Damn, I can’t believe there’s not a huge, thriving market for this type of “Journalism”:

How will this country survive without our treasured #Journalists writing about federal employees who can’t afford tampons due to the shutdown?

BuzzFeed is also laying off over 200 employees:

I had no idea BuzzFeed was owned by Verizon. I guess Verizon also owns BuzzFeed. The more you know.

I have a simple suggestion for those “journalists” being laid off: just learn to code, guys.

That’s how the urban elite dismisses the discontent of the white working class.

“Oh, the factory closed down and shipped all the jobs to China? Tough luck. It’s the 21st century. Learn to code and adapt to it, you racist white trash piece of shit.”

And no, I don’t feel bad for these Blue Checkmarked Fascists losing their jobs. These are the people who in the business of ruining others’ lives through Fake News:

"Now, if you'll excuse I must make sure that some people are made unemployable for making a problematic comment online." pic.twitter.com/inc7qILD2y

James Woods sums it up well:

Well, layoffs at #Buzzfeed and #HuffPo are victories for real journalism. The less #FakeNews, the better… pic.twitter.com/CHcSZR7r0C

But we need to see layoffs at the New York Times and the Bezos Post, as well as CNN, NBC, ABC and CBS.

The “If True” Media is the real danger to America.

0 comments on “Learn To Code”