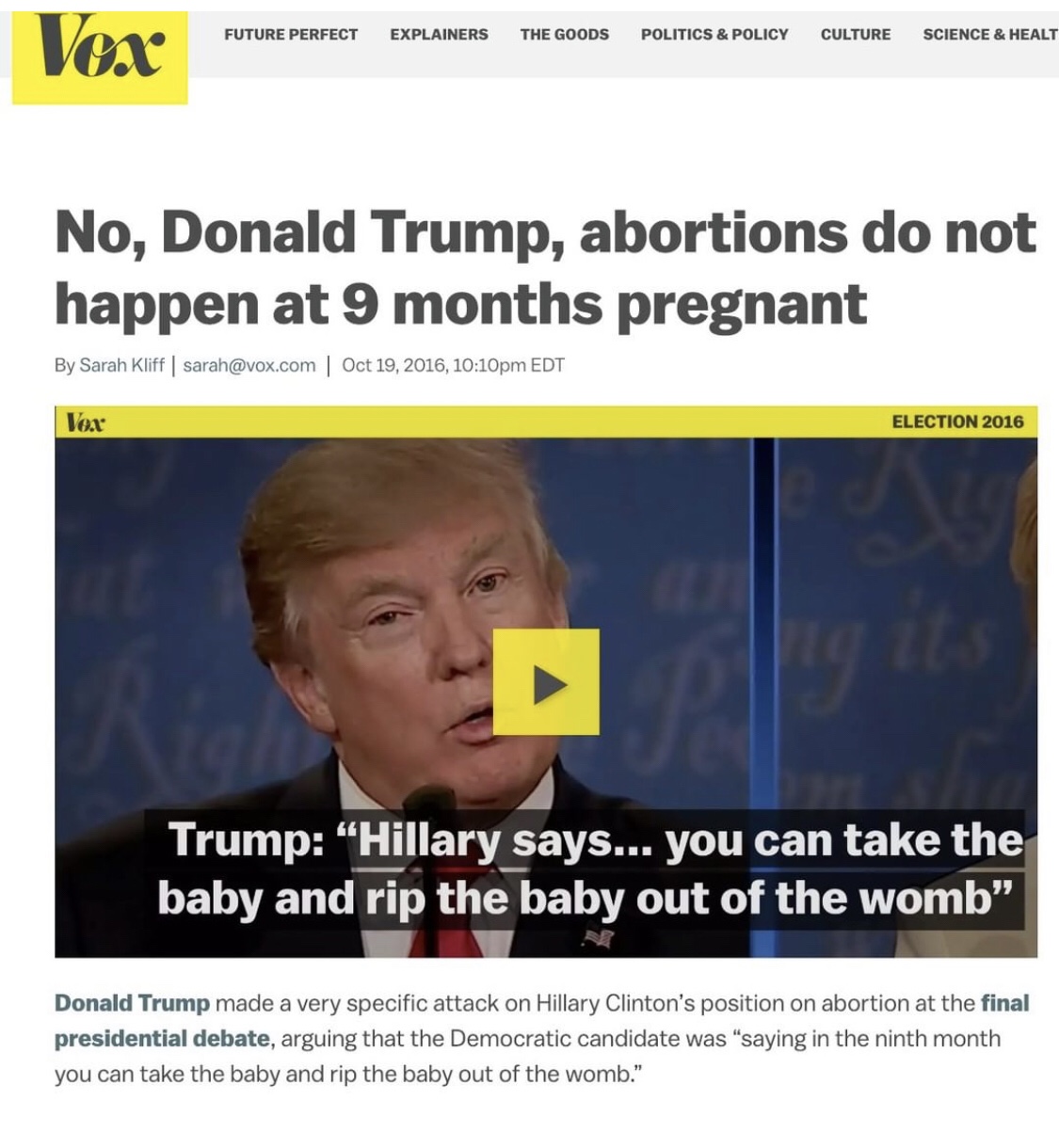 I’m traveling all weekend so my posts will be sparse but I wanted to share this in the wake of several Democrat-controlled states legalizing abortion right up until birth. This is Vox’s snarky scold from 2016:

Your daily reminder that these 30 year old millennial #Journalists consider themselves vastly superior to the President of the United States. They are beyond certain that their IQs are 40-50 points higher than his.

This is why they’re so quick to lecture and condescend him–and, by extension, us.

In fact, that’s probably letting them off the hook: the leftists at Vox knew full well they were lying when they wrote this article.

They were lying to cover up their abortion extremism.