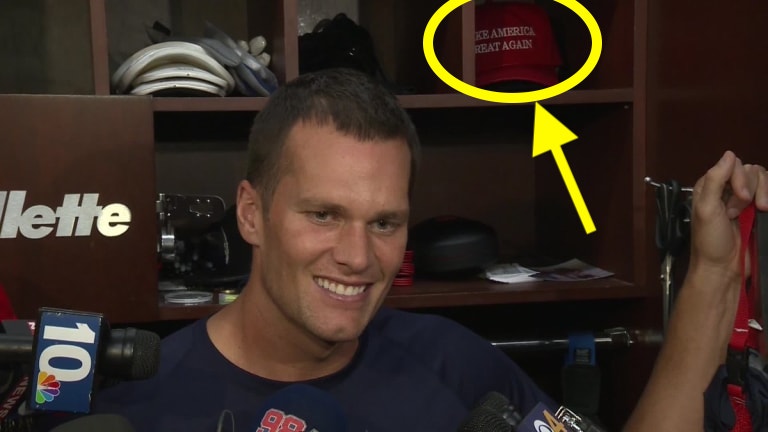 The left has decided that we are to have full-spectrum cultural, political and demographic warfare, and now that encompasses the Super Bowl teams.

2019 might mark the first year in American history where the teams in the Super Bowl were politicized. Never before have we seen the left say, “You’re a racist if you cheer for Team X in the Super Bowl.” But leftists always manage to dig the hole this country’s in a little deeper with each passing year:

“The preferred team of white nationalists.”

It’s no use telling these leftists this stuff is all in their head, and that nobody but them views the Super Bowl teams as stand-ins for competing racial/political movements.

The left is in full-on Race War Mode.

The New England Patriots are evolving into the most hated team of all time, and Donald Trump isn't helping matters | By Terence Moore for @CNNOpinion https://t.co/TQtiHLAXxB pic.twitter.com/8YsCjWU18e

This is a sign of the times. You can clearly tell things are getting worse in America. It was not like this ten years ago. The Super Bowl becoming politicized is a recent thing.

SB Nation (founded by the same lib that founded the Daily Kos) was even triggered by one of Brady’s audible calls:

Tom Brady said 'REAGAN' to call an audible. It was a run to the right. pic.twitter.com/cNdlZKTdFp

Fox Sports’ Jason Whitlock, however, uncovered the real truth about why the left hates the Patriots so much: because the Patriots have a lot of white guys.

Jason Whitlock: a lot of black people hate the Patriots because they’re white.

Finally someone says it.

Once you accept this as true, you’ll start to see the whole country in a different way. pic.twitter.com/UegxD1uCl4

It’s not because the Patriots are racist or because they represent “white nationalism”, but because the left is racist against white people.

We don’t cheer for the Patriots because of what they represent politically or racially. We don’t think like that.

The left, though, hates the Patriots because the left hates white people.

Realize this. Internalize this. Understand what really drives their hatred.

They try to reverse the roles by claiming the Patriots are a symbol of “hate” or racism or white supremacy, but that’s just their excuse to hate them. “We hate them because they are oppressing and victimizing us!”

Remember, “racist” is the n-word for white people. When leftist call us “racist,” the word has the same meaning as when a white person would call a black person the n-word back in the 1950s.