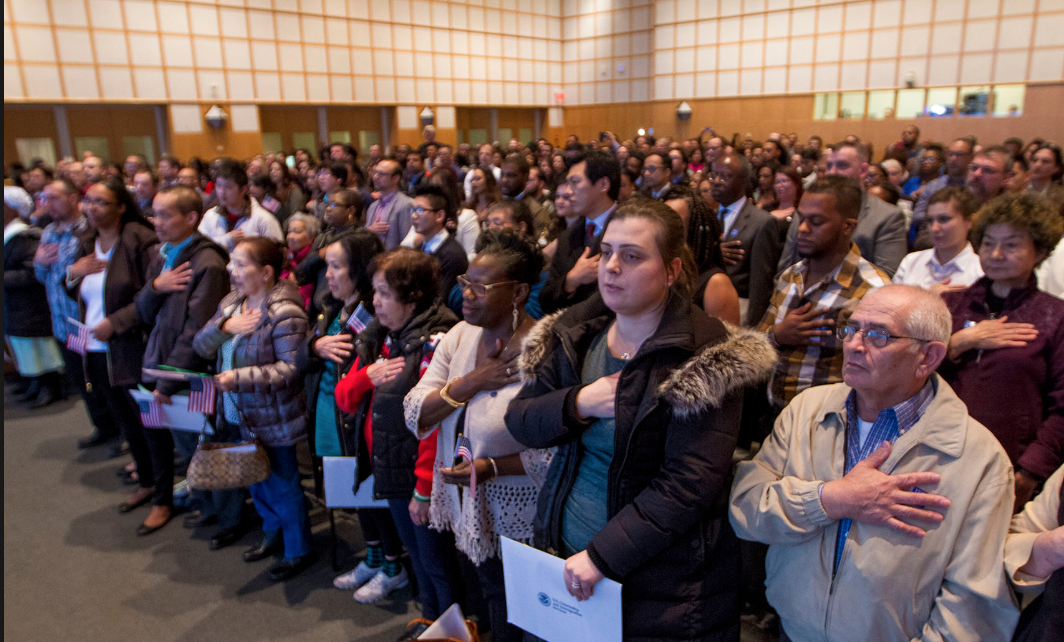 The Atlantic senior editor Ronald Brownstein analyzed Census Bureau statistics for the 2018 midterm elections, finding that the country’s admission of more than a million legal immigrants every year is set to hand over electoral dominance to House and Senate Democrats.

Among Brownstein’s findings is that nearly 90 percent of House congressional districts with a foreign-born population above the national average were won by Democrats. This concludes that every congressional district with a foreign-born population exceeding 14 percent had a 90 percent chance of being controlled by Democrats and only a ten percent chance of electing a Republican.”

The key word is legal immigration.

Don’t try to tell us otherwise. We now have concrete data proving that legal immigration is a major boon to the Democrats, and thus a major detriment to Republicans.

“It is not just congressional districts that are being driven towards Democrats through mass legal immigration. Entire states have been transformed, not only demographically, but electorally by the country’s current legal immigration levels.

Brownstein expects Democrats to largely target the remaining Senate Republicans in states with large foreign-born populations in the 2020 elections.

“Several of the remaining Republican Senate seats in that grouping (including Colorado, Arizona, Georgia, and perhaps Texas) will be among the top Democratic targets next year,” Brownstein writes.

Even the New York Times admits that continued legal immigration at its current rate of importing more than 1.2 million residents a year will transform the U.S. towards electoral dominance for Democrats.

They’re coming in droves each year and voting overwhelmingly Democrat.

This is most recently evident in Orange County, California — once a Republican stronghold — that has become entirely controlled by Democrats. The dominance of Democrats in Orange County has coincided with the county’s booming foreign-born population.”

The New York Times has a graphic showing how immigration has flipped Orange County from deep-red to pale blue:

And Axios shows the correlation in Congressional districts between high foreign-born populations and Democrat control:

The scale of it all:

“Currently, the U.S. admits more than a million legal immigrants annually, with the vast majority deriving from chain migration, whereby newly naturalized citizens can bring an unlimited number of foreign relatives to the country. In 2017, the foreign-born population reached a record high of 44.5 million.

This spells doom for the Republican Party and thus the country. In 2016, Hillary Clinton won foreign-born voters 64-31% over Trump. Trump took US-born voters 49-45:

It cannot possibly be clearer. Democrats intend to import a whole new electorate and secure a permanent national majority.

And all Republicans will say is, “Only if they do it legally!”