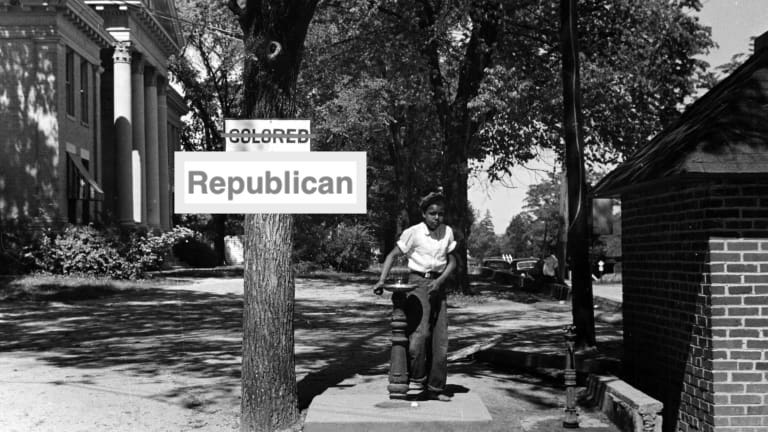 The Oscars were on last night. I’m sure none of you watched–I certainly didn’t–but from what I’ve heard the night was one leftwing anti-Trumper delivering #Brave and #Passionate speeches after another.

Spouting stale anti-Trump cliches to a room of Hollywood leftists who all agree with you; yes, that’s the definition of bravery alright.

Because Trump is just soo fascist and oppressive.

But as has been made obvious, the truth in this country is usually the exact opposite of what conventional wisdom holds. Namely, while most people assume minorities are oppressed and demonized, the reality is that it’s white people who are under assault. Conventional wisdom says women are second class citizens, but in reality it’s men who are losing the battle of the sexes.

And while Hollywood actors believe themselves to be brave countercultural rebels putting their lives and careers on the line to courageously speak out against and #Resist a fascist dictator, the reality is that the bravest public declaration and expression one can make today is support of President Trump.

Actors calling Trump and America #Racist is a multibillion dollar industry and often is the inside track to critical acclaim and Academy Awards. There’s nothing brave about it.

"There are no borders or walls that can restrain ingenuity and talent," Javier Bardem says in Spanish as he introduces the Best Foreign Language Film category. #Oscars https://t.co/zSrvQG8ZE6 pic.twitter.com/wfgyUNWqgp

True bravery would have been some actor voicing support of the President despite the universal condemnation and booing it would’ve evoked, as well as the subsequent loss in social status and career opportunities.

True courage–truly speaking “truth to power”–is not popular, it’s not well-received, and one generally will not receive any accolades from major institutions or applause from large audiences.

Rule of thumb: if it’s the socially acceptable thing to say, it’s not brave. If there’s no threat of losing your friends or even your job, you’re not brave for saying it.

In America 2019, we have entered Jim Crow 2.0 where Trump supporters are increasingly barred from participating in public life due to their political views:

[I]ncreasingly monopolistic social media companies that have an inordinate amount of control over who gets heard and who doesn’t have started actively targeting conservatives and we just shrug or spout platitudes.

“If you don’t like the way they do it, take on those monopolies with hundreds of millions of users and billions in cash by building your own company.”

So, what happens when banks and credit card companies target people for their political views? Do we need to build our own banks, too?

Activist Laura Loomer, who has already been banned by PayPal, claims she had her account suspended by Chase Bank.

Enrique Tarrio, the black leader of the Proud Boys, a group that has laughably been branded a white supremacist organization by liberals, was also suspended by Chase. So was Martina Markota. And Joe Biggs, who made enough of a stink that Chase reluctantly gave him his account back.

Certainly, there are an awful lot of liberals who would love to see us enter a world [in which banks demanded proof of political correctness before providing services]. In fact, there was a column in the New York Times last year calling for weaponizing the financial industry in exactly this way to shut down the gun industry as part of an effort to deny Americans their Second Amendment rights.

Republicans in the Senate should demand that Chase executives come before them and answer some hard questions about targeting customers for their political views. Maybe we need to rewrite banking regulations to make sure this kind of discrimination can’t occur….

This is the preeminent issue of our time outside of immigration.

We are increasingly not allowed to share and spread our views on social media. And now financial services companies and banks are denying us.

Things are increasingly getting to the point in this country where you are not allowed to live a normal life if you’re an outspoken conservative.

This is the New Jim Crow.

And of course Republican politicians–including President Trump–are not willing to do a damn thing about it:

“If conservatives are too complacent and lazy to address the challenges of the 21stcentury, maybe they should step aside for the socialists. They’re not complacent. They don’t sit around saying, “Gee, our people are being mistreated, but it would take work to do something about it and we might offend some powerful business owner if we fight back, so I guess we should let them trample us into the dust.” Conservatives with power need to stop mumbling platitudes about the free market and capitalism while their supporters are being stomped into the ground. They need to defend the real human beings, warts and all, who make it possible for conservatism to exist.

Republican politicians are willing to allow their voters to become second-class citizens in their own country. I don’t really know where else we can turn.

This is why I see no other outcome for the present state of affairs in America than a straight-up Yellow Vest-style popular revolt.