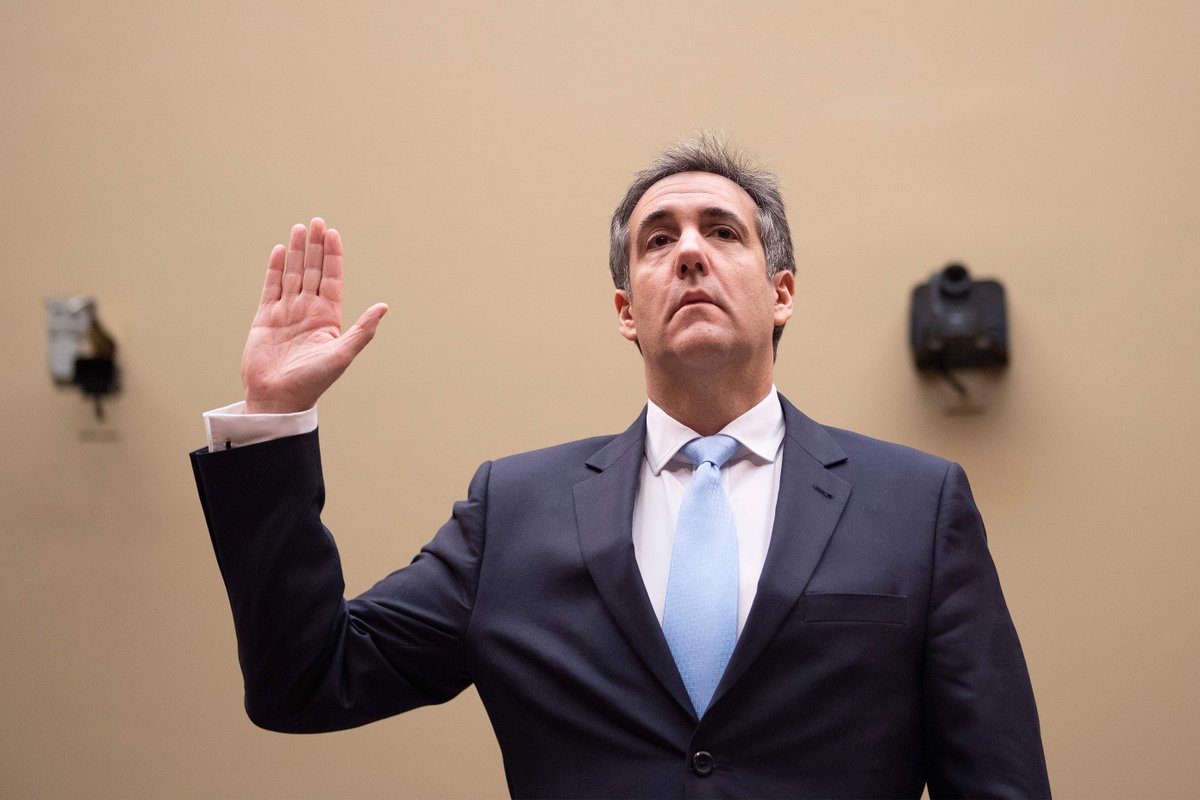 Before we get into any of the Michael Cohen nonsense, let’s preface it with this:

“Cohen was sentenced to three years in prison in December for a series of charges he pleaded guilty to last year, including eight felony counts of tax evasion, bank fraud and campaign finance violations, as well as the one count of making a false statement to Congress. On the eve of his congressional testimony, a New York state court filing revealed that he had been disbarred.”

We all know Michael Cohen is a liar, unscrupulous and not to be trusted. In fact, Michael Cohen has even been convicted for lying to Congress. In about two months, he will be locked up in jail. He is the book definition of a “non-credible witness.” Of course, NBC News’ article on Cohen buried these important facts 31 paragraphs down, because That’s Real Journalism™.

But Cohen is not a credible witness. Not even remotely. Any half decent prosecutor with any brains at all would disregard everything Cohen says.

The only difference now is he’s telling Democrats what they want to hear.

Cohen knows his only shot at avoiding major prison time, possibly rehabilitating his image and saving his career (given that he’s been disbarred by the State of New York) is getting on the left’s good side. They control pop culture, the “media,” entertainment and everything else and have the power to make or break you.

Additionally, as we’ve seen in the past few years, Democrats also don’t really have to obey the law, so the rat knows if he makes friends with powerful Democrats and tells them what they want to hear, perhaps they can shield him from the law and extend their Democrat Privilege to him. Or at least get him a lighter sentence.

Cohen probably doesn’t even have to worry about lying to Congress because Dems will never prosecute him for it.

It is telling that the very first charge Cohen leveled against President Trump in his opening statement is that Twump Is Wacist!!!!!!

Cohen knows his audience. He knows there is no crime they care about more than whether a white person is Racist. He is pandering effectively. He knows that to Dems, there is no greater sin–nothing that gets their blood pumping more–than the prospect of calling Donald Trump a racist.

If you think Trump’s alleged RAAACISM is irrelevant to the actual subject matter of the investigation, that’s where you’re wrong. Every white person in America is on trial for racism 24/7/365, and accusation = guilt. Not only that, but it is impossible to be exonerated for the charge of RACISM.

Again, Cohen knows his audience. The Democrats and their propagandists in the media give more attention to alleged incidents of white racism than they do to murders.

As far as actual Russian “collusion”–you know, the suspicion that supposedly serves as the whole reason all these investigations are happening–Cohen didn’t have anything. He only has his own suspicions:

“I was in Mr. Trump’s office when his secretary announced that Roger Stone was on the phone,” Cohen said in his opening statement before the House Oversight Committee.

“Mr. Trump put Mr. Stone on the speakerphone. Mr. Stone told Mr. Trump that he had just gotten off the phone with [WikiLeaks founder] Julian Assange and that Mr. Assange told Mr. Stone that, within a couple of days, there would be a massive dump of emails that would damage Hillary Clinton’s campaign. Mr. Trump responded by stating to the effect of ‘wouldn’t that be great.'”

Cohen, however, said that he knows of no direct evidence that Trump or his presidential campaign colluded with Russia.

This is a complete joke. There is no evidence for this claim Cohen made about Stone and Trump. Stone and Trump were the only other ones there for this alleged exchange, and if both deny it, it’s their word against Cohen’s–and again, Cohen is not credible at all.

There’s little reason to even discuss Cohen’s lurid accusations. All he’s doing is telling Democrats what they want to hear to save his own ass.

Don’t entertain this show trial as if it is actually legitimate.

The best part is like all Trump drama, this is just dumb shit only Acela and Hollywood Libs care about but won't matter at all and won't hurt Trump.

Perfectly stated. Only impeachment-obsessed, mentally unwell libs care about this.

For the vast majority of voters, the impeachment ship sailed a long time ago.

If anything, he’s the least corrupt President in modern history given how little the numerous investigations have actually turned up.

0 comments on “The Rat Squeals”