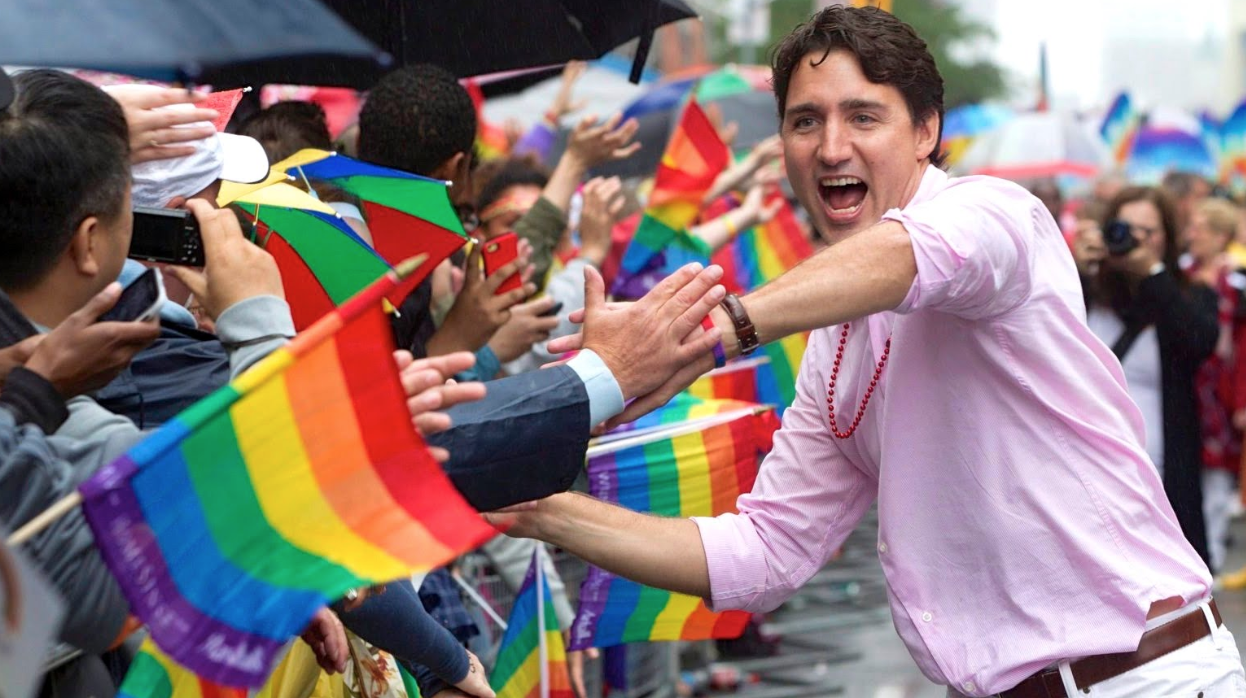 “A simmering political scandal involving Justin Trudeau and his ex-attorney general came to the boil dramatically this week. Now, people are calling on him to resign.

Mr Trudeau has been accused of pressuring his former attorney general to cut a deal with a company facing corruption charges – and retaliating when she refused to play ball.

The revelations could cost Trudeau the October general election, some pundits say.

The former AG says Trudeau and his staff spent months trying to convince her that taking the company to trial would cost Canadians jobs, and their party votes.

She also says she was subject to “veiled threats”, which she believes were made good when she was shuffled out of her department.”

The US media shrieks 24/7 about how Trump is insanely corrupt and how his impeachment is imminent despite finding no actual scandals, and yet it’s their Man Crush Monday Trudeau who is the corrupt one facing calls to resign over something resembling Obstruction of Justice, a term enemies of President Trump have lobbed at him:

“Canada’s former minister of justice and attorney general Jody Wilson-Raybould described a consistent, sustained and inappropriate effort by senior officials close to the prime minister who were attempting to dissuade her from prosecuting a Canadian engineering company accused of bribery.

In searing testimony to the justice committee on Wednesday, Wilson-Raybould said the pressure on her included “veiled threats” if she did not acquiesce.

“I experienced a consistent and sustained effort by many people within the government to seek to politically interfere in the exercise of prosecutorial discretion in my role as the attorney general of Canada in an inappropriate effort,” she said in her opening statement.

Wilson-Raybould’s appearance before the committee marked her first public comments on the scandal, which has become the biggest crisis of Trudeau’s administration.

Wilson-Raybould said she was “barraged” and subjected to “hounding” by members of the government. According to contemporaneous notes taken after each interaction, Wilson-Raybould recalled 10 phone calls and 10 meetings regarding the case.

Wilson-Raybould also detailed a meeting with Trudeau, in which the prime minister said that – as a member of parliament from Quebec – he was concerned by the issue of SNC Lavalin jobs in the province, and asked her to “help out” with the case.

“Are you politically interfering with my role as attorney general? I would strongly advise against it,” Wilson-Raybould recalled telling the prime minister.

Wow, a real #AdvocateForWomen this Trudeau persyn is, pressuring them and threatening them like this.

Trudeau denies any wrongdoing, but we must #BelieveWomen here and take Wilson-Raybould’s word over Trudeau’s.

Of course, the US “media,” which never misses an opportunity to fawn over Trudeau and his dreamy eyes, is largely silent. Google “Justin Trudeau Scandal” and you’ll find virtually nothing from the major “mainstream” US “media” outlets:

I guess Americans don’t need to know about this.

I’m sure CNN and NYT would treat Trump the same way!