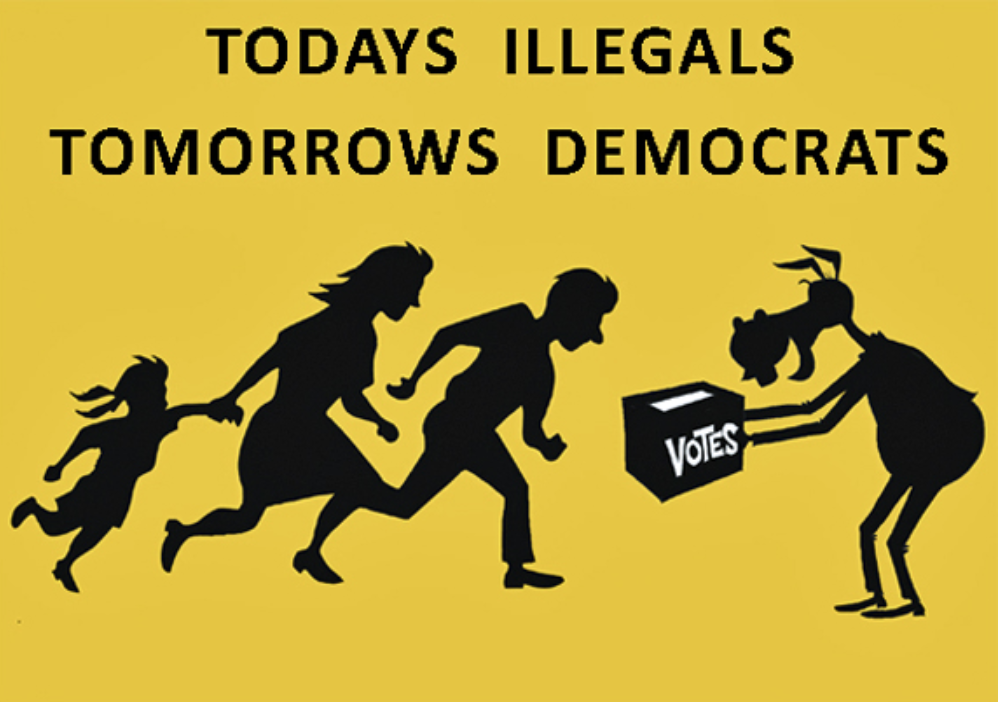 The Democrats are now openly admitting the endgame of illegal immigration is millions of new Democratic voters:

“House Democrats voted Friday to defend localities that allow illegal immigrants to vote in their elections, turning back a GOP attempt to discourage the practice.

The vote marks a stunning reversal from just six months ago, when the chamber — then under GOP control — voted to decry illegal immigrant voting.

“We are prepared to open up the political process and let all of the people come in,” Rep. John Lewis, a Georgia Democrat and hero of the civil rights movement, told colleagues as he led opposition to the GOP measure.”

You can always count on Democrats to disguise their treachery behind the language of moral righteousness. “Open up the political process”–what a load of garbage. They’re acting like illegal aliens are a downtrodden class who have been excluded from the political process by sinister oppressors.

They can’t vote because they’re not Americans, John Lewis.

This is how Democrats operate. Scum.

“The 228-197 vote came as part of a broader debate on Democrats’ major legislative priority this year, HR 1, the “For the People Act,” which includes historic expansions of voter registration and access, as well as a major rewrite of campaign finance laws.”

“For the People Act”–which people?

Of course, the “For the People Act” will never become law, but it’s significant in that House Democrats have gone on record here.

It is now impossible to deny: Democrats want illegal immigrants to vote.

Even though we’ve all known this for a while, the Democrats have publicly denied this and called us conspiracy theorists for saying they want illegals to vote.

It’s not a conspiracy theory if it’s true.

The Democratic Party is the Enemy of the American People. They have been for a while, but now they’re not even pretending to be anything else.

They want to flood this country with illegals to ensure their electoral dominance.

More accurately, they are currently flooding this country with illegals to ensure their electoral dominance.

There is no middle ground here.

So again I ask: how can this country go on when Democrats are fighting tooth and nail 24/7/365 to destroy it? How can we go on sharing a country with them?

Our differences are irreconcilable.

At some point, something’s gotta give. We cannot go on like this.

0 comments on “The Democratic Party is the Enemy of the American People: House Dems Approve Bill Allowing Illegals to Vote”