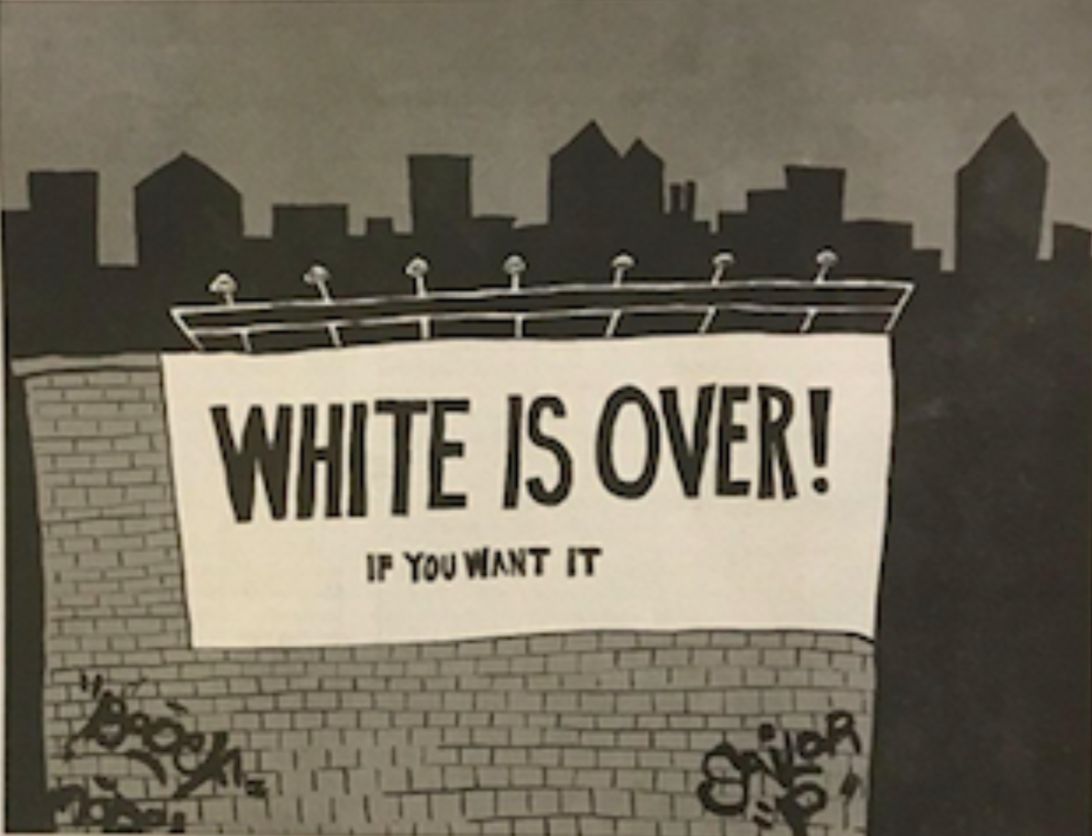 Former SPLC Senior Fellow Mark Potok has this hanging in his office:

That’s taken from a scene in the Netflix Documentary “Alt-Right: Age of Rage”. Here’s a close-up of it:

It is no longer a “conspiracy theory” to claim there is a elite-driven campaign to destroy White Americans: a former senior fellow at the SPLC was obsessed with tracking the decline of the white population of America.

But Google “white genocide” and this is the first thing that comes up:

They know the demographic score. Don’t think for a second they’re unaware of what their preferred policies are doing. This is all by design.

Everything they say about immigration and “refugees” is bullshit: the whole point of it all is to displace white America. “Compassion” and the “Nation of Immigrants” and the stupid poem on the Statue of Liberty are all part of a ruse to provide moral cover for the genocide of white Americans.

Wanting to reduce the population of an ethnic group: what is the word for that?

Don’t give me the “White people are different” nonsense, or the “You can’t be racist against white people” justifications.

They are actively working to decrease the white population of America; they are tracking it year-over-year and spending every waking moment trying to make the number lower.

And somehow, I’m the racist for pointing this out. You’re considered a “white nationalist” or some other pejorative if you merely oppose the genocide of your own people.

They are actively promoting the ethnic cleansing of white people from America and then we’re the ones who get in trouble for speaking out against it.

We can’t even oppose our own genocide.

These people are so evil it’s difficult to process it.

0 comments on “Do You Still Deny White Genocide is Real?”