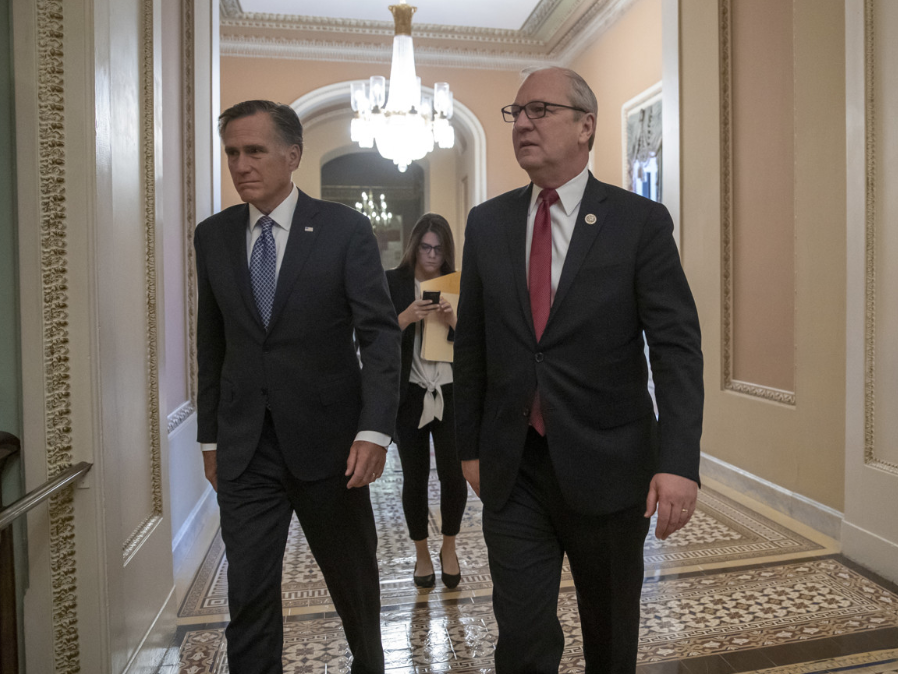 We have long known that the Democratic Party is the enemy of the American people, working tirelessly to dismantle and destroy all that is good and sacred in this country.

But now it’s becoming crystal clear that so, too, is the Republican Party the enemy of the American people:

“WASHINGTON (AP) — Republican opposition grew Thursday to President Donald Trump’s declaration of a national emergency at the southwest border as the Senate chugged toward a showdown vote that seemed certain to rebuff him despite his last-minute warnings.

Just four GOP defections would ensure the measure would be sent to the White House, where Trump has promised a veto. There is no indication that foes of his declaration have the votes to overturn his veto, and Trump said as much at midday.

“I’ll do a veto. It’s not going to be overturned,” Trump told reporters. “It’s a border security vote.”

They had full control of Congress for two years and made zero progress on the wall and the border. They couldn’t get it done–“Hey, we want secure borders, we just don’t have the votes! Oh well, looks like we’ll have to keep the Open Borders Status Quo! 🤷‍♂️🤷‍♂️”

But now look at the Republicans in Congress coming together and mustering up the votes to squash Trump’s desperate attempt to secure the border, which illegals are pouring through at record rates.

They can’t seem to find the votes or the will to do pretty much anything their voters want, but when it comes to flooding the country with illegals to boost corporate profits and give Democrats a permanent socialist majority forever, Republicans will fight with a conviction and passion unlike anything you’ve ever seen.

To say the Republican Party is useless is not quite accurate: useless would imply it is doing neither harm nor good for the country. The GOP is worse than useless: it is actively and deliberately harmful to the nation, just like the Democratic Party.

The Republicans may not be quite as bad as the Democrats, but that’s like saying Stage 2 Lung Cancer isn’t as bad as Terminal Stage 4 Lung Cancer.

2 comments on “The Republican Party, Like the Democratic Party, is the Enemy of the American People”