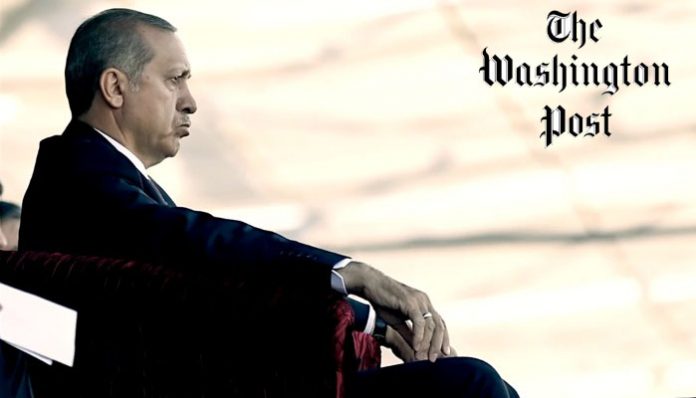 For the past two years, the Bezos Washington Post has been fretting and wringing its hands over the supposed dire threat to journalism and journalists in the Fascist Age of Trump. In their telling of things, nothing but blue check-adorned “journalists” at Uniparty Propaganda Outlets like WaPo stand in between America and the Fourth Reich under Fuhrer Trump, but Trump is going to appaling lengths to silence those intrepid “journalists” who stand in his way.

Trump is so incredibly dangerous to #Journalists, You Guys. It is so important to highlight just how dangerous daily life has become for #Journalists under Trump:

WaPo is so Seriously Concerned about the safety of #Journalists in the age of Trump that it aired a multimillion-dollar Super Bowl commercial last month on the matter:

You’d think jack-booted thugs were routinely busting into newsrooms across America and smashing up printing presses, and that brave critics of the Trump Regime were disappearing in the night.

If you read the Bezos Washington Post, you’d get the impression that it has never been more dangerous to be a journalist in America.

But then the Bezos Post goes and runs an Op-Ed by Turkish Sultan Recep Erdogan:

Funniest fucking horse shit mission statement from a paper that gives a dude who holds a record for locking up journalists https://t.co/0aEl1HjNjk

They spend three years pretending Journalists Are Under Attack In Trump’s America and then allow a platform to the Turkish Dictator who currently has more journalists locked up in prison than any other world leader:

But Trump is the real threat to #Journalism, people.

They don’t mean any of it. Not a word. It is all virtue signaling and propaganda.

Their supposed concern over the safety of journalists and the state of journalism in America is 100% disingenuous political propaganda designed to fill your head with lies about President Trump.

As a general rule, just assume that the polar opposite of whatever these “news outlets” in America say is the truth.

Criticizing Donald Trump is not “brave”–it’s basically a one-way ticket to Twitter Celebrity Status and getting a gig on cable “news.”

The US government is not going after “journalists”–half of them are in bed with the Deep State as launderers and mouthpieces for their anti-Trump leaks.

And the Washington Post is not sticking up for journalists who are increasingly endangered–it is knowingly and happily giving a platform to the single greatest threat to actual journalists anywhere in the world.

This should give you a sense of just how dishonest–and shameless–the Uniparty Propaganda Media is.

It is that bad.

This is Clown World Journalism.