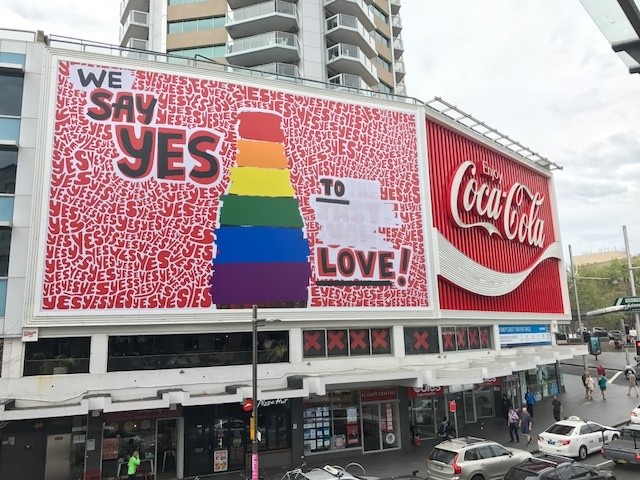 There is no major institution in America that represents the right. Not one.

We’ve long known the “media,” Hollywood, academia and Silicon Valley were far left, but popular wisdom has held that there were at least a few major American institutions that were not totally captured by the left.

As recently as 2012 or so, it was thought that Big Business leaned right, along with the Church and the military. But now we know this is not the case.

Seeing this is what spurred me to write this:

Corporate America is liberal as all hell on everything but corporate taxes: pic.twitter.com/kmtOeaWyE4

This is why it’s laughable for leftists to rail against “evil right-wing corporations”: corporate America is not right-wing in any real sense at all. Leftists have way more than just Ben & Jerry’s Ice Cream on their side.

But even in “pre-pre-revolutionary” America (prior to 2014), before literally everyone and everything in society was sucked into the political vortex, the argument that Big Business was an institution captured by the right was pretty thin: it was basically, “Because businesses want lower taxes.” And that was it.

But while Big Business does always seek lower taxes (and they just got them last year) that doesn’t necessarily make them right-wing. Amazon, which hasn’t paid a single dime in federal taxes in two years, was also paying very little under leftwinger Obama:

And there’s far more than taxes to the corporate game: much of it is regulation, which contrary to popular misconception, Big Business mostly welcomes because it always has a hand in writing those regulations. The effect of most government “regulation” is to further entrench multinational megacorporations (MNMCs) and suffocate competition, continuing the process of concentrating entire industries and sectors of the economy into the hands of a small number of MNMCs.

So Corporate America is fully on-board with the gay agenda. Whether or not it’s genuine or cynically-motivated corporate virtue signaling doesn’t really matter: the end result is all the same.

And this is all without even mentioning Corporate America’s support for mass immigration for cheap labor, which is turning America into a third-world hellhole.

The one major corporation that isn’t on board with the “progressive” leftwing agenda is Chick-Fil-A, and Chick-Fil-A is often in the news over its support of “anti-LGBT” political causes. This in fact proves the point that Big Business is far left: it’s considered news when a major company actually deviates from the progressive consensus.

As for the other institutions that are supposedly “conservative”: the military? Maybe most of the soldiers and veterans are, but the Pentagon and top military brass are not conservative. The upper-echelon of the Pentagon is one giant revolving door with the defense contracting and weapons industries, with top brass often playing both sides of the military industrial complex game to keep America at war constantly.

The Church is conservative? Did you see how the Catholic Church was at the front of the line to impulsively denounce the Covington Catholic kids earlier this year in the wake of the media’s lies about them?

And the Communist Pope obsessed with climate change, open borders and socialism? He may officially claim marriage is between a man and a woman, but he also says God “made” gay people gay so there’s some serious inconsistency there. I’d bet the former position is disingenuous and the latter is more in-line with his true beliefs.

At least we have Chick-Fil-A.