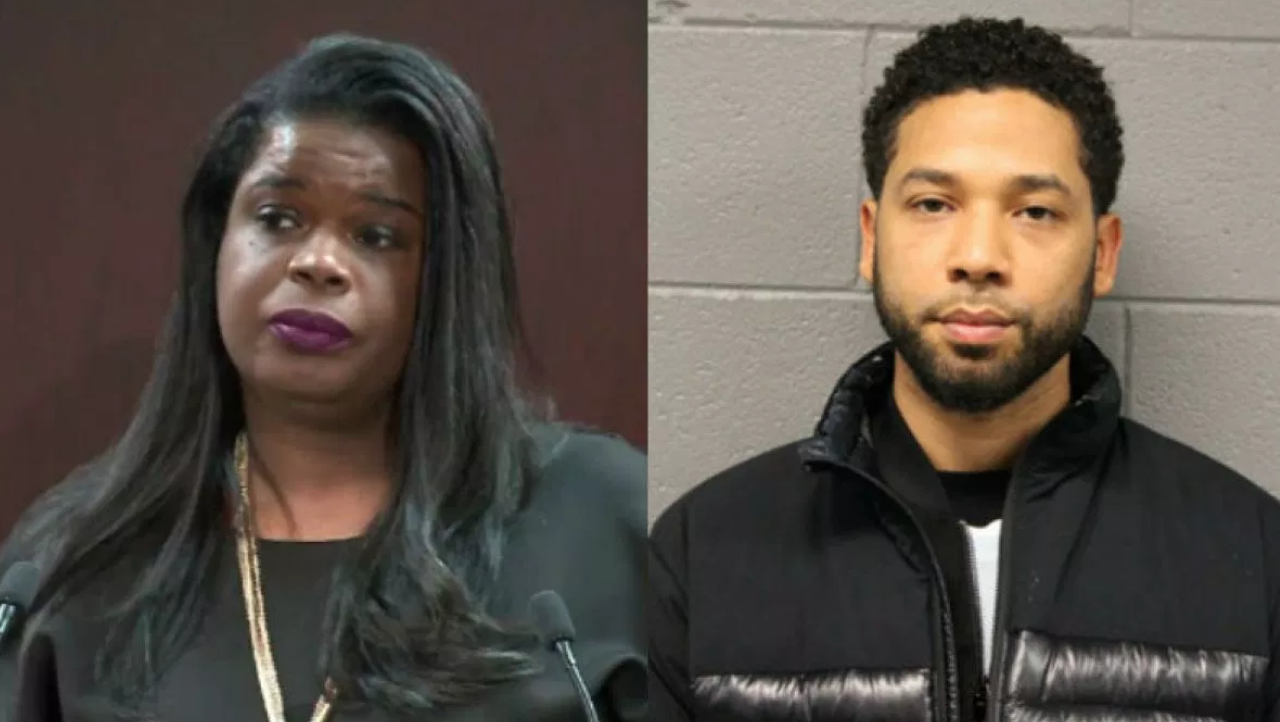 Who could have seen this coming:

You knew there there was no way in hell Smollett was in any real legal jeopardy.

We live in a corrupted, unjust country where certain people are completely immune from the law.

TMZ has the details:

“Jussie Smollett will not be prosecuted for allegedly faking a racial attack, because all charges have been dropped. Jussie and his lawyers will address the media at 8:45 AM PT. We will live stream.

Jussie and his lawyers ran to court Tuesday morning in Chicago, where he was facing 16 felony counts of lying to police in the alleged racial and homophobic attack.

We’re told the State’s Attorney, Kim Foxx, told Chicago police she was dropping the case because Jussie would have only gotten community service if convicted and she said he has already performed community service so there is no point in prosecuting him. We could not find any record of Smollett doing community service.”

Other than, y’know, to dissuade people from faking hate crimes, but then again, the Powers That Be have a vested interest in encouraging more and more minorities to fake white hate crimes.

We’re told Chicago police are “furious” and feel something untoward is going on with Kim Foxx.”

Undoubtedly. She’s a Chicago Democrat after all. Hello.

If you can bear to read the rest, Jussie is now officially the Victim:

“Jussie’s lawyers say, “Today, all criminal charges against Jussie Smollett were dropped and his record has been wiped clean of the filing of this tragic complaint against him. Jussie was attacked by two people he was unable to identify on January 29th. He was a victim who was vilified and made to appear as a perpetrator as a result of false and inappropriate remarks made to the public, causing an inappropriate rush to judgment.”

So if Smollett is complete exonerated and innocent, why did he have to forfeit $10k and do community service?

They’re so corrupt they can’t even get their story straight, and it’s because they know it doesn’t matter–nobody’s gonna do shit to them.

They don’t even care who knows they’re corrupt.

Besides, even if Smollett wasn’t actually the victim of a hate crime, just the reality of living as a gay black man in America makes him a victim all the same.

His heart was in the right place. He was just trying to raise awareness of how dangerous life is for minorities in Trump’s America™.

To borrow a term the “media” has grown fond of, Smollett’s claims rang true, even if they weren’t actually true.

And hey, after 300 years of slavery and 100 years of Jim Crow, a black man in America is ENTITLED to making a mockery of the justice system! Sheesh.

“A source close to Jussie says the prosecution’s case “disintegrated.” As we reported, there were issues with the $3,500 check the 2 brothers, Ola and Abel Osundairo, received from Jussie. The Police Superintendent had said the money was payment for the fake attack, but it appears it was actually for physical training.”

Apparently this Kim Foxx lady interfered in the Smollett case on the orders of Michelle Obama’s former Chief of Staff:

“Just days after Jussie Smollett told Chicago police he had fought off a pair of attackers who targeted him in an apparent hate crime, Cook County State’s Attorney Kim Foxx tried to persuade Police Supt. Eddie Johnson to turn the investigation over to the FBI.

Foxx’s call to Johnson came after an influential supporter of the “Empire” actor reached out to Foxx personally: Tina Tchen, a Chicago attorney and former chief of staff for former First Lady Michelle Obama, according to emails and text messages provided by Foxx to the Chicago Sun-Times in response to a public records request.”

The Obamas personally intervened to rig this case.

But why would they want the FBI taking over the case? At first glance, it would appear an FBI investigation is the exact opposite of what you’d want if you were hoping to pull strings and get someone let off the hook.

Well, as we learned over the past two years with Comey and Parkland and the Russia Hoax, the FBI is completely corrupt from top to bottom, and the fact that Democrats now demand FBI investigations left and right is all the proof you need, because the Democrats are corrupt top-to-bottom. They view the FBI as their fixer and secret police force, covering up their own crimes while terrorizing their enemies.

The Obamas wanted the Jussie case in the “right hands.” And those hands were the FBI’s. That should tell you all you need to know about the FBI.

In America 2019, there are some people exempt from the law, and some people whose lives are ruined for no reason other than their political affiliation:

Imagine if a white male actor faked a hate crime against himself by pretending black men attacked him in the middle of the night— then was subsequently acquitted of all charges. #JussieSmollett is an utter perversion of justice who just DESTROYED the myth of white privilege.

I never want to hear the term “White privilege” again.