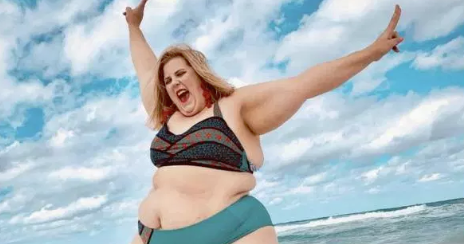 Venus Razors is of course owned by Gillette:

First of all, why is a major corporation encouraging morbid obesity?

This woman has tits on her back for crying out loud.

Anna obviously very unhealthy. She needs a diet and exercise plan, not a glamour photoshoot. She has to weigh 400 pounds.

“This 180 year old company, which represents the US economy by virtue of its place on the Dow, has the chutzpah to talk about the “rules” as if they aren’t the ones in charge.”

Excellent point. The worst thing about corporate virtue signaling (really the left in general) is their presumption that they’re being countercultural and rebellious.

Venus Razors is owned by Gillette, which in turn is owned by Proctor and Gamble, a $260 billion company.

As Scottish mom would say, “DISGUSTENG.”