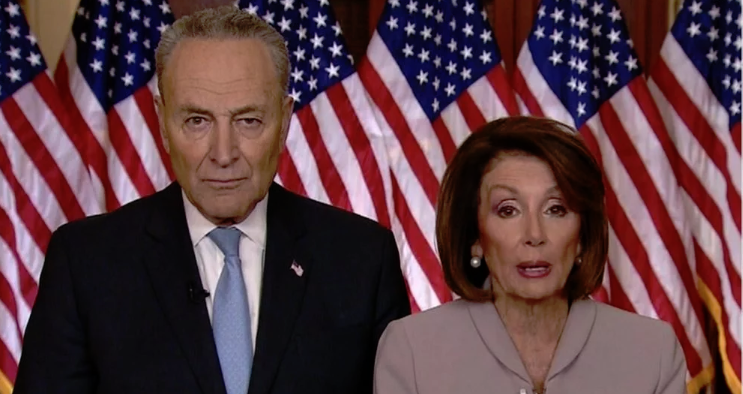 The headline from Fox News:

Prominent Democrats lined up to hammer Attorney General Bill Barr for testifying Wednesday that federal authorities had spied on the Trump campaign in 2016, with one top House Democrat charging that Barr is not acting “in the best interest of the DOJ or the country.”

And that’s why House Dems are panicking.

“Despite mounting evidence that the FBI pursued an array of efforts to gather intelligence from within the Trump campaign — and the fact that the FBI successfully pursued warrantsto surveil a former Trump aide in 2016 — House Majority Leader Steny Hoyer, D-Md., told Fox News that Barr’s loyalties were compromised.”

Being loyal to America is, in a Democrat’s eyes, having compromised loyalties.

“He is acting as an employee of the president,” Hoyer said. “I believe the Attorney General believes he needs to protect the president of the United States.”

House Intelligence Committee Chairman Adam Schiff, D-Calif., added in a statement that Barr “should not casually suggest that those under his purview engaged in ‘spying’ on a political campaign.”

This is particularly rich coming from Schiff, who has spent the past two years casually suggesting–with zero evidence–that the President of the United States colluded with Russia to steal the 2016 election.

Within hours of Barr’s bombshell confirmation, Senate Democrats demanded he walk his statement back:

Is the Science Settled that there was no spying?

It took two years for Trump’s name to be cleared of Russian Collusion, but Democrats want the Obama Administration cleared in two hours.

Sorry, that’s not how this works.

The way the game is played now in the wake of the Russian Collusion Conspiracy Theory is that we make earth-shattering accusations against our enemies and then demand two years of invasive, all-encompassing investigations of them before they can be cleared.

I think we need a multi-year investigation of Barr’s claim.

Check back with us in 2021, Chuck Schumer. Ya miserable fuck.

Eric Holder, Obama’s former Attorney General who once called America a “nation of cowards,” crept out of the woodwork as well:

And notice they can’t get their stories straight: some are saying there was no spying at all, others, like Holder, are saying the spying was justified.

Which is it, Democrats? It can’t be both.