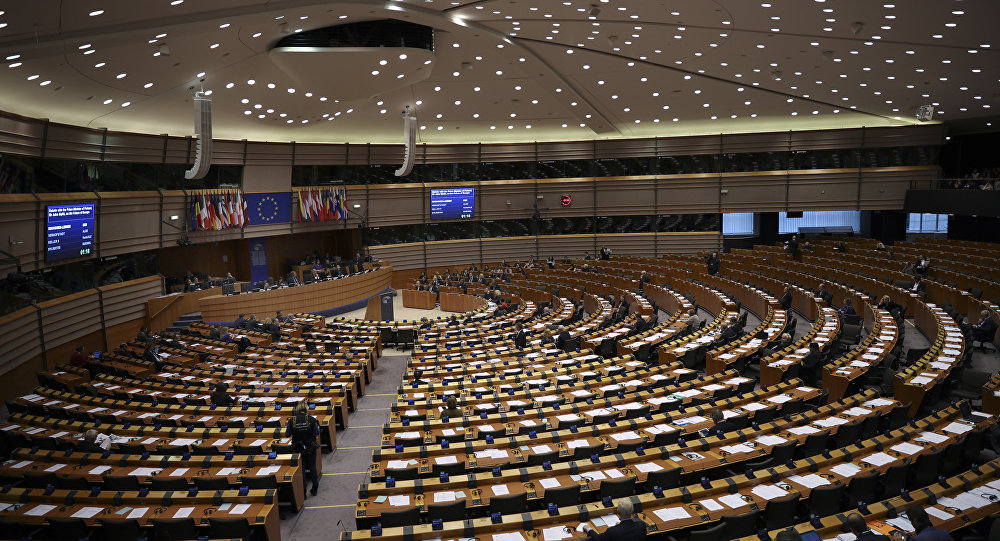 It’s not just in America where the Globalist Uniparty has succeeded in promoting the idea of white guilt in order to dismantle and dispossess white populations.

White guilt is pervasive in Europe, too:

“The European parliament has overwhelmingly backed a watershed resolution calling for reparations for crimes committed in Africa during European colonialism.

It calls on the countries to implement nation-wide strategies to deal with discrimination in education, health, housing, policing, the justice system and politics.

The resolution – approved by 535 MEPs, with 80 votes against and 44 abstentions – also calls on European member states to declassify their colonial archives, covering the most disturbing periods of Europe’s colonial past, and issue public apologies.”

However, the article describes “reparations” as reforms that ensure “Afro-Europeans” are favored by the system in virtually every way. That’s similar to what happened in America following the Civil Rights movement of the 1960s: in order to “make up” for slavery and Jim Crow, white Americans would be treated as second-class citizens until all the wrongs were righted.

The common theme is that white people are the Great Menace of the World.

All white people on earth are Guilty.

There is a coordinated international effort to demonize, demoralize and eventually dispossess all white people.

0 comments on “White Guilt: Not Just for Americans”