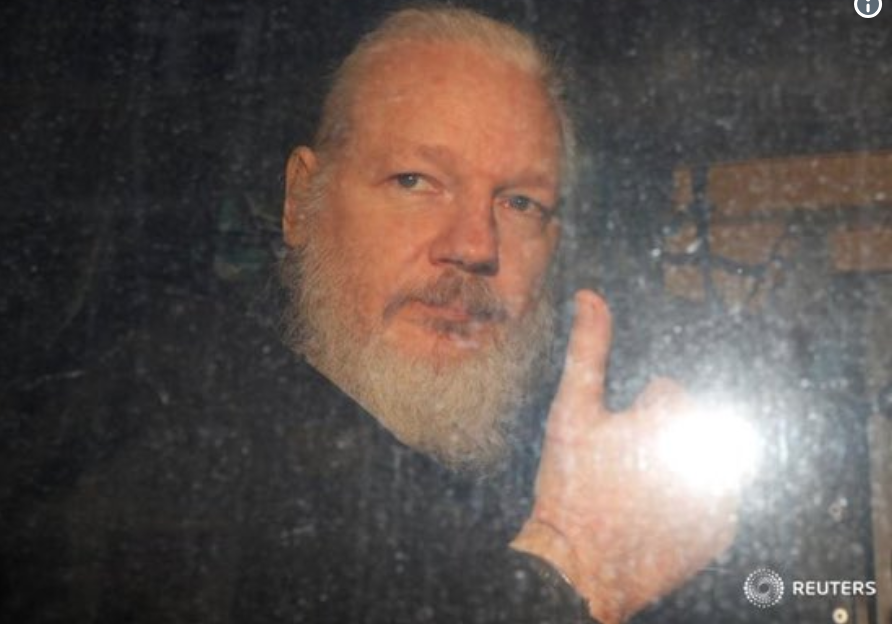 I wanted to take a bit to collect and refine my thoughts before writing about Assange. Yesterday, after seven years of being holed up in the Ecuadorian Embassy in London, he was arrested by police.

I’m just going to run through all my thoughts here:

1. Julian Assange was and remains the most high-profile political prisoner of our time. Much hay is made about Turkey and Russia and other countries that don’t have press freedom and lock up journalists, but Julian Assange proves “liberal” Western “democracies” are just as hostile to actual journalism (i.e. exposure of elite corruption) as anywhere else in the world.

2. Wikileaks’ actions most certainly did change the 2016 election and Trump probably would not have been elected without them.

Contrary to media consensus, however, Wikileaks was not trying to tilt the election to Trump, it was merely exposing the truth about Hillary Clinton. The reason most of the stuff they released was about Hillary was because Hillary was insanely corrupt. The dirtier you are–stay with me here–the more dirt there is on you.

Ultimately, Wikileaks revealed the truth about Hillary Clinton, and that truth was ugly. Leftists should be angry at Hillary for being corrupt instead of being angry at Wikileaks for revealing her corruption. All Wikileaks did was give voters a fuller picture of who Hillary Clinton truly was before the election.

Notice that not once in the past three years has the Uniparty tried to dispute the veracity of what Wikileaks revealed about Clinton in 2016. And yet still they pursue him with unrelenting ferocity.

Their anger is not that Wikileaks published false information about Hillary, but that it revealed the truth about her.

Glenn Greenwald made the same point in 2010 after Wikileaks first emerged:

“As revealing as the disclosures themselves are, the reactions to them have been equally revealing.  The vast bulk of the outrage has been devoted not to the crimes that have been exposed but rather to those who exposed them:  WikiLeaks and (allegedly) Bradley Manning.  A consensus quickly emerged in the political and media class that they are Evil Villains who must be severely punished, while those responsible for the acts they revealed are guilty of nothing.”

Julian Assange is being legally prosecuted because he exposed the crimes of the elite. Ann Coulter summed this up nicely:

Zero chance. This is why Trump must muster up the courage to pardon Assange no matter how badly Congress and the “media” freak out.

Trump doesn’t owe the Democrats a damn thing. He is under no obligation to pretend that Wikileaks’ actions were “against America” as opposed to against the corrupt, cancerous Uniparty establishment.

If Wikileaks dumped emails of Trump’s in the 2016 election and Hillary wound up winning the election, would Hillary have any hesitation at all in pardoning Assange? Of course not, but it’s a trick question because if Wikileaks’ actions dating back to 2010 had helped Hillary and the Uniparty Elite, Assange wouldn’t even be in legal trouble at all. In fact, he’d probably be a Pulitzer Prize-winning editor at the New York Times and the toast of the Acela Corridor.

3. The bloodthirsty reaction by supposed “Constitutional conservatives” to Assange’s arrest was sickening. It reveals so much about them:

Everyone's favorite Serious Constitutional Conservative celebrating one of the most blatantly egregious attacks on the First Amendment in modern history https://t.co/5CJ1eVLanA

I’d like to thank Senator Sasse (Uniparty-NE) for revealing his true colors here. In trying to dishonestly smear Assange as a “wicked tool of Vladimir Putin,” he shows us exactly who he is: he’s no different from the Democrats who tried to delegitimize and ultimately destroy Donald Trump on the grounds that he was “working for Russia.”

Does Sen. Sasse still think we’re all dumb enough to fall for this bullshit where everyone who represents a threat to the Uniparty is smeared as an Agent Of Russia?

Or is it Sasse himself who’s dumb enough to fall for the Uniparty propaganda?

I’m leaning towards the former.

In fact, nowadays, I rarely use the terms “dumb” or “idiots” to describe our enemies because it’s quite clear their actions are far more often the products of evil rather than stupidity.

In other words, Sasse, and all the other Establishment Republicans, aren’t merely dupes who have been misled by Uniparty Propaganda. They’re part of the Uniparty themselves, and are just as conniving and treacherous as the Democrats.

4. Our “press” consists almost entirely of Uniparty propagandists and shills, so it’s no surprise that our politicians react with vicious hatred and fury when confronted by a real, actual journalist like Julian Assange.

Most normal Westerners probably don’t even consider Assange a “journalist” because all they’ve ever been exposed to are the blue-checked Uniparty sycophants that comprise the staffs of shill outlets like the New York Times, Bezos Post and CNN.

So when an actual journalist–one who risks life and limb to expose the truth about the elite–like Assange comes around, normals experience major cognitive dissonance because they’re used to calling shills like Brian Stelter and Jim Acosta journalists.

Americans have become so used to fake journalists that they cannot even recognize a real journalist like Assange when they see one.

What Assange does is so much different from what the Fake Jake Tappers and Maggie Habermans of the world do it’s no surprise that most people have a hard time seeing  Assange as a journalist. But most normal people have got it backwards: it is the Tappers and Habermans of the world who are fake journalists, not Julian Assange. Assange is the genuine article, Tapper and Haberman are the impostors.

Let's be clear: Julian Assange is not a journalist.
He uncovered and released information that the political establishment and government wanted to stay hidden.
Does that sound like the work of a journalist?

5. This is somewhat related to #4, but Alan Dershowitz brings up an excellent point:

There is no constitutional difference between WikiLeaks and The New York Times.https://t.co/AVe7CcejrV

The Constitution, contrary to what the media tells us, did not define “the press” as exclusively the New York Times, Bezos Post and CNN.

In fact, it didn’t define the press at all.

So this idea–unsurprisingly pushed by the major “mainstream” outlets–that they and they alone comprise “the press” and must never be criticized or challenged is completely false.

When they publish (false) “Bombshell” stories–stories almost always sourced to anonymous government leakers who are unequivocally breaking the law–purporting to expose the crimes of Trump, they are protected by the First Amendment.

Because they’re considered “the free press.”

But when Julian Assange exposes those same “journalists'” entanglement with the Uniparty political elite, as well as the corruption of the elite ranging from tax evasion to war crimes and more, he becomes a political fugitive and the governments of the Western world join forces to destroy him.

If freedom of the press truly existed in America and the Western World, then Julian Assange would be a free man.

In this day and age, actors in the public sphere must choose between two paths: the easy path or the hard path. The easy path is supporting and promoting the Uniparty, and the benefits of choosing this path are almost too many to list off: you’ll never have to worry about being banned or shadowbanned on social media, and in fact your posts will be promoted until you have a sizable following; you’ll get a nice blue checkmark next to your name which means people will trust you and listen to you; you’ll have ample opportunity to Be On TV bashing Trump; you’ll be welcomed and accepted by Hollywood and the Late Night Talk Shows; you’ll have an invite to all the most exclusive cocktail parties in Georgetown at the homes of powerful people like lobbyists, defense contractors, ambassadors and high-ranking government officials; you can be openly racist with no fear of backlash; you can even commit crimes with impunity.

The hard path, of course, is opposing the Uniparty. If you choose this path, you will be subject to endless character assassination attempts, and potentially real assassination attempts (ahem, Seth Rich); you will be smeared as a racist, a traitor, a Russian Stooge and anything else the Uniparty believes could destroy your image; you’ll be subject to unmerited legal prosecution despite committing no crimes; some of your friends may not associate with you anymore; if you’re lucky enough to avoid the Ban Hammer, you will be placed into the social media equivalent of solitary confinement; your political views will be held against you by potential employers, even if you’re a potential NFL superstar, like Nick Bosa; you will be harassed and even assaulted in public.

Julian Assange could have been a shill for the Uniparty. He’d not only have been a free man able to be with his family for the past seven years, but he’d probably be prestigious, wealthy and a cable news fixture.

Instead, Julian Assange chose the Hard Path in this world. He has sacrificed his freedom to expose the crimes of the elite.

I hope Trump finds the courage to pardon him and not only make him a free man again, but clear his name and correct the record: it is those whose crimes Assange exposed who are the bad guys, not Assange.

0 comments on “Julian Assange is One of the West’s Few True Journalists, and that’s Why He’s a Political Prisoner”