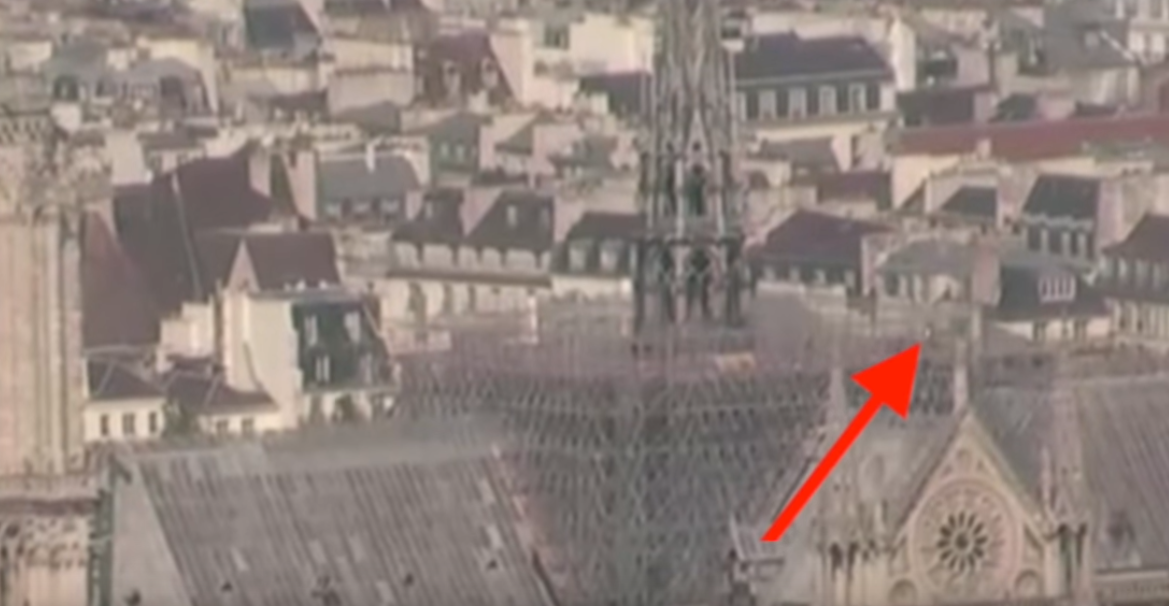 Not sure what to make of this:

There appears to be at least one man on the roof, possibly two (off to the left of the man who causes the flash).

I’m not sure what’s going on here and I have a few questions:

I don’t expect we’ll get any answers here, especially because “authorities” have already long since declared the fire was an accident.

We do know that the fire primarily damaged the roof of the Cathedral. Interior shots show that the altar and inside of the Church were relatively unharmed:

It looks like the damage to the inside of the church was mainly caused by burning timbers from the roof falling to the ground.

I’m no fire/arson specialist but it appears the blaze began and spread on the roof, rather than on the inside/ground floor.

I guess from the perspective of an arsonist, you’d want to set the fire on the roof of the church because it’d be tougher to put out. If the fire was inside the church on the ground level, it would be easier to come in and put it out.

Regardless of what was actually going on in that video, I still find it incredibly difficult to believe one of the most iconic and important Catholic Cathedrals in the world went up in flames during the holiest week of the Catholic year entirely by accident.