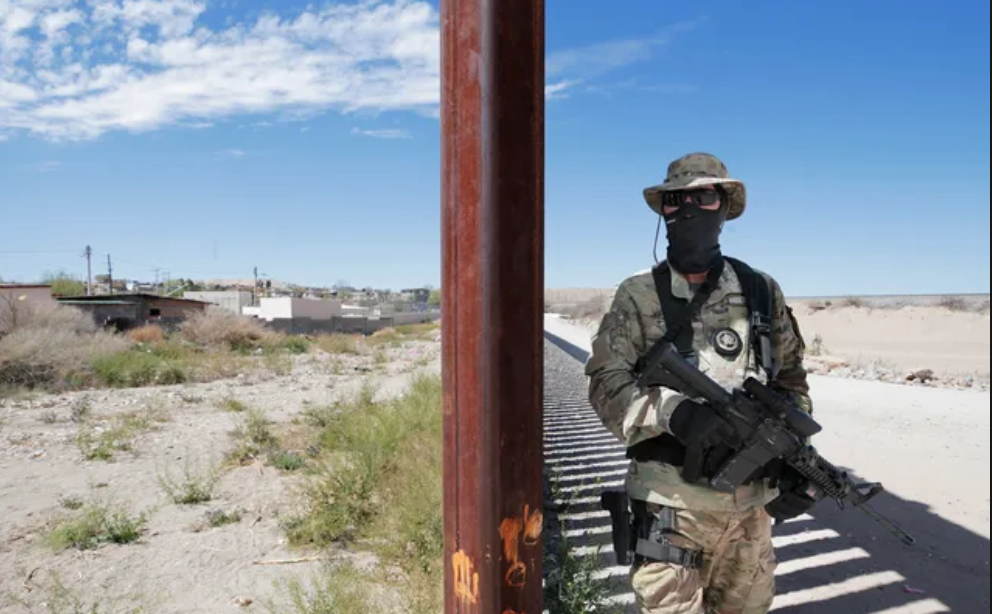 This gives me hope for the future of our country:

“Trump’s army: More than 300 asylum seekers surrender to armed militia of ‘New Mexico residents, veterans and ex-cops’, after crossing the US border.

Armed militia group claims to be made up of New Mexico ex-cops and veterans, who patrol the border.

One of the militia, Jim Benvie, recorded a group of migrants trying to enter the US on Tuesday.

The group handed themselves in and Border Patrol arrived to process them.

Benvie has documented the armed militia’s encounters with asylum seekers for the past two months.

Border Patrol said it does not condone the group’s actions.”

Americans are not going to take this lying down. They will not sit by while their country is overrun by ungrateful scofflaws.

We now have so many illegals pouring over the border that our Border Patrol cannot possibly handle them all. The situation is unmanageable because Washington refuses to address the problem.

Our homeland is being invaded and our government is complicit.

It’s a beautiful thing to see the American people rising up and taking action after being forsaken by their government.

It gives me hope that the American people will not go quietly into the night.

0 comments on “Signs of Hope: Volunteer Militia in New Mexico Defending U.S. Border Because Our Government Either Cannot or Will Not”