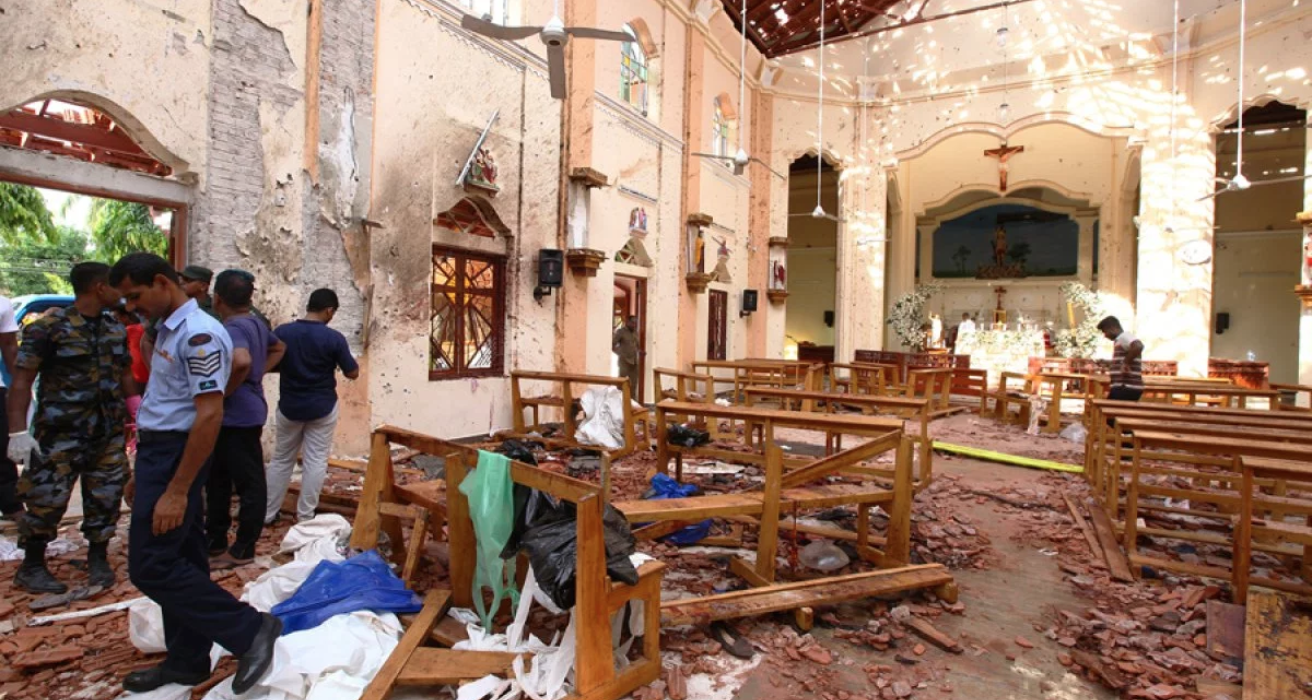 “The death toll in Sri Lanka has soared to 290 after a wave of blasts hit churches and luxury hotels across the country on Sunday.

Police said 24 people had been arrested, but it is not yet known who carried out the attacks.

About 500 people are injured and at least 35 foreigners are among the dead.

The Easter Sunday bombings were the deadliest violence Sri Lanka has witnessed since the end of the country’s civil war in 2009.

A local Islamist group known as National Thowheed Jamath is believed to be behind the attack, said cabinet spokeman Rajitha Senaratne.”

The attacks were not all in one place. They were coordinated and carried out at the same time at multiple sites in the small island nation:

I’m sure we need to wait for a motivation here, because when it’s Islamic Terrorism, the Uniparty “media” demands we wait as long as possible to declare it so.

Christians represent a small minority of the population of Sri Lanka, only about 1.5 million in the nation of 21 million. This is what life is like for Christians all around the world.

US Democrats responded to the anti-Christian terrorist attacks rather oddly. It appears there was a coordinated effort to avoid using the term “Christians” to refer to the victims of the Islamic terrorist attacks.

Instead, prominent Democrats used the term “Easter worshippers” for some reason.

Julian Castro, who is apparently running for President:

The DNC must’ve sent out a memo instructing Democratic politicians to use the phrase “Easter worshippers” instead of “Christians.”

Wouldn’t want to indulge the idea that Christians anywhere on this planet are in any way, shape or forms victims of anything!

Wait a sec. It appears ABC News also got that memo:

It’s almost as if there’s no daylight whatsoever between Democratic Politicians and the US “mainstream media.”

Hillary Clinton was even more outspoken than Obama about New Zealand:

And now for the Final Boss of Uniparty Propaganda in regards to the Easter Sunday bombings:

Yes, how dare Western Christians (WaPo calls us “far right”) be angry about 290 Christians being massacred by Islamists on Easter Sunday.

Ace of Spades had a great take:

“The pace of this game has accelerated. It used to be that the media would spend a day or two at least noticing that Islamists had murdered a bunch of people again before claiming The Real Crime is any possible hypothetical speculative future side-eye a woman in a hijab might get at Wal-Mart.

Now, they start claiming that Muslims Are the Real Victims here while they’re still gathering up the limbs sheered off of the victims.”