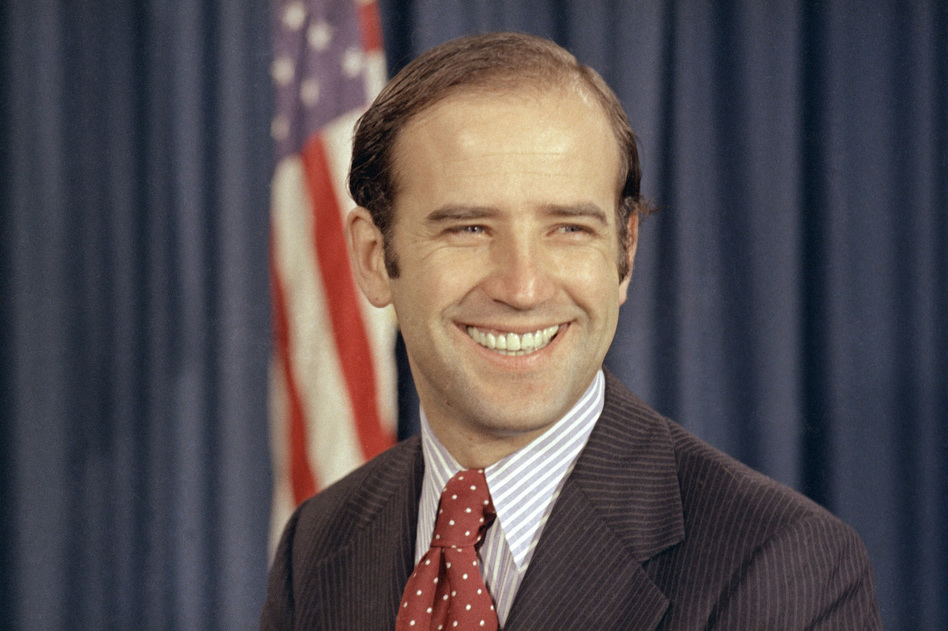 Joe Biden, the 76-year-old six-term Senator and two-term Vice President, is officially running for President in 2020. Polls have him at the top of the heap in the Democratic field, although it remains to be seen whether he’ll maintain his lead once he jumps into the fray.

The Democratic Party has changed quite a bit since Biden’s last election in 2012–it’s more Woke, more Diverse, and more intolerant of old white men than ever. In honor of his announcement, I thought I’d go over some of his best moments–beyond the “Creepy Uncle Joe” stuff–in case they had been forgotten, given that it’s now been seven years since he was last directly involved in an election.

Will the party of Ocasio-Cortez and Ilhan Omar accept Biden in light of this stuff? You be the judge.

First, there’s Biden describing Barack Obama in 2008, just as Obama burst on to the scene of American politics and took the nation by storm. Biden used some interesting words to describe Obama:

Creepy Uncle Joe is so WOKE!

“You’ve got the first sort of mainstream African American who is articulate and bright and clean.” – @JoeBiden on Obama pic.twitter.com/0bVlypx3wt

“I mean you’ve got the first sort of mainstream African American who is articulate and bright and clean and a nice-looking guy. I mean that’s a storybook, man.”

Biden was blown away by the fact that Obama was “articulate, bright, clean and a nice-looking guy” despite being an African American. Wow, just incredible! Who would have thought we’d ever see the day?

Then there was that time in 2008 when Biden said “you cannot go into a 7-11 or a Dunkin’ Donuts without a slight Indian accent.”

He was talking to an Indian guy and bragged that Delaware’s biggest population increase came from Indian immigrants. Biden then proudly proclaimed that, in fact, there were so many Indians in Delaware that you couldn’t even walk into a 7-11 or a Dunkin’ Donuts without a slight Indian accent.

Never let it be said that Joe Biden is not a friend to the Indian-American community.

Then there was that time in the 1990s when Joe Biden said of young black men that we must “take them out of society” because in 15 years, they’re going to be “predators”:

Joe we wont FORGET your words,
“ they havent been socialized, they will become the predators. “
Who’s they Biden? Black Men?
You’re on a RAMPAGE of LIES, don’t u need to look in the mirror for the 1994 Clinton Crime Bill?
$9.7 billion that HURT all Americans including blacks. pic.twitter.com/z9Uy7fXi2A

“Unless we do something about that cadre of young people, tens of thousands of them, born out of wedlock, without parents, without supervision, without any structure, without any conscience developing, because they literally have not been socialized, they literally have not had an opportunity. We should focus on them now, not out of a liberal instinct for love, brotherhood and humanity–although I think those are good instincts–but for simple, pragmatic reasons: if we don’t, they will, or a portion of them will, become the predators 15 years from now. And Madame President, we have predators on our streets, that society has, in part because of its neglect, created.

He doesn’t use the term “black” here but it’s quite obvious who he’s talking about.

Finally, I don’t know what to make of his 1975 comments opposing de-segregation and busing. Have a look:

“I think the concept of busing … that we are going to integrate people so that they all have the same access and they learn to grow up with one another and all the rest, is a rejection of the whole movement of black pride,” said Biden. Desegregation, he argued, was “a rejection of the entire black awareness concept, where black is beautiful, black culture should be studied; and the cultural awareness of the importance of their own identity, their own individuality.”

In “colorblind,” post-MLK America, Biden’s comments would certainly have been received negatively. The whole ethos from the 1960s until quite recently was to forget about race and treat everyone equally. It was all about being Americans–not white Americans, not African-Americans–and integrating and mixing everyone, because close proximity to one another would automatically erase all racial differences and gaps.

So Biden’s comments from back in the 1970s that racial integration would erode black culture might actually be well-received by the Democratic Party of 2019. Nevermind that Biden was probably making the comment cynically and just looking for an ostensibly pro-black excuse to continue the pro-white policy of segregation–Biden was woke before woke was a thing!

0 comments on “Joe Biden’s Greatest Hits: The Diversity Party Will Love Him!”