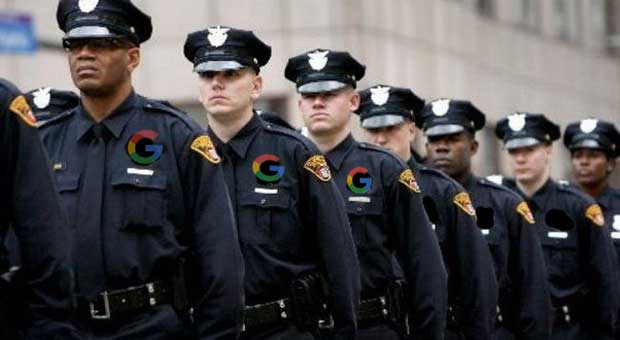 One thing that just occurred to me: Twitter and Facebook make purges and genocides so much easier and efficient for those in power.

Genocides of the past were sweeping, blanket genocides: “Kill all Jews,” or “Kill all the Armenian Christians,” etc. That’s messy business.

Governments that want to eliminate dissidents used to have to target whole populations to eliminate the dissidents among them. For instance, if an evil government decided Group X was a problem, it would simply engineer the genocide of Group X whole hog. It’s too difficult and time consuming to sort the Bad Xs from the Obedient Xs, so the simple solution is to just kill all Xs.

But now, in the age of social media, we all pour our hearts and souls out online. We cannot help it. All of our inner thoughts on politics, society and the world are shared and saved publicly online for all to see.

We out ourselves as subversives voluntarily because we cannot help ourselves from sharing our feelings and opinions. In doing so, we make “precision purges” significantly easier for governments.

Why take the time and effort–and not to mention risk the backlash from the “international community”–to wipe out a whole group of people when you can simply target the specific dissidents who have willingly outed themselves for you?

Essentially social media platforms, which began as digital “town squares” where we could share our views on virtually anything freely and without fear of backlash, will become–if they haven’t already, and I’m sure they have in some countries–gigantic self-incrimination machines.

Social media will allow the government to easily and almost effortlessly identify the subversives and the Problem Children who must be silenced and, one day, eliminated.

Who is guilty of Thought Crime? Who must be reeducated? Who is not sufficiently Loyal to the Party? Who does not love Big Brother?

It’s not very hard to find them because they’re publicly stating so on social media!

How easy would it be for Facebook and Twitter to monitor their platforms for Subversive Opinions, relay the identities of the Dissidents to the government, and then the government sends its secret police to knock on your door late at night and take you away?

In 1984, it was kinda tough for the Party to catch Winston Smith. They had to bait him to get him to reveal his Subversive Motives.

But nowadays it would be so easy: all you have to do is look up someone’s social media profile and you’ve got a window into their soul.

Of course, we are already in the early stages of this today. Social media companies are banning and shadowbanning people based entirely on their political views.

Social media giants claim they only ban “dangerous” accounts, but some blue check liberal fantasized about shoving the Covington Catholic kid into a woodchipper and he didn’t get banned. That’s because he was advocating the Right Kind of Violence:

Jack Morrissey’s account is still active. He turned his account on private but he was not banned. I just checked.

And this psychopath who also didn’t get banned:

Can someone explain to me why a verified twitter account that is inciting arson and violence against minors hasn’t been suspended? @tedcruz @RepMattGaetz pic.twitter.com/6EzLdnHP2Y

The Right Kind of Violence does not get banned.

Social media purges are based almost entirely on your political views.

Anyway, my point here is that Silicon Valley is already in the first stages of silencing and eventually eliminating political dissidents.

Of course it’s a great leap from banning people on social media platforms to kidnapping them in the middle of the night, but that is only because the Uniparty Establishment believes the problem of political dissent can be effectively dealt with by simply banning those preaching Revolutionary Ideas from social media.

In other words, they believe that once they ban you, that’s the end of you. You’re not going to take to the streets and start organizing or plotting against them in real life.

Silicon Valley Fascists correctly observe that most people are little more than keyboard warriors who won’t actually put their money where their mouths are in real life. You may preach about The Revolution all day online, but will you actually go out in real life and make it happen? For the vast majority of people, the answer is no.

But this could change in the future. The worse things get, the more likely actual Revolution becomes, and the more desperate the Uniparty will be to silence dissidents.

If Trump gets reelected in 2020 despite Silicon Valley’s crackdown on right-wing voices following Trump’s victory in 2016, it could lead to an even greater crackdown on dissident voices. This in turn will (hopefully) lead to an increase of real-world, actual revolt against the Uniparty Oligarchy.

That’s how it escalates to the point of real-world purges.

Although, how do we know that our government doesn’t already imprison dissidents at black sites and gulags at various places around this country?

“Oh, the government can’t have black sites. We’d find them.”

Really? Would we? Most people don’t even leave their homes except to go to work. We’re all too busy watching TV and going online. Who is out there looking for black sites? And who is trespassing on government property over high barbed-wire fences and barriers?

“Google Maps would see them.”

Keep dreaming. Google is Uniparty. Plus, it’s not like these hypothetical black sites would be obvious and conspicuous. Keep the prisoners indoors and it looks like a military base from above.

“People would speak out if their loved one or friend was kidnapped or murdered by the government.”

Oh, really? And they’d be dismissed as kooks because the police would conclude that there was no foul play and it was a suicide or something. That’s what happened with everyone who got in the Clintons’ way. Seth Rich is exhibit A: the “Official Narrative” is that it was a robbery gone wrong even though there was no robbery and he was shot in the back. It wasn’t a robbery gone wrong, it was a hit. And yet “polite society” brands you an unhinged conspiracy theorist if you question the “official story” on Seth Rich.

The reality is most people are desperate to virtue signal by publicly proclaiming their acceptance of the “Official Story” and their emphatic rejection of Conspiracy Theories. Most people are more than eager to eat up what the Establishment feeds them–even when the Establishment Media feeds them literal conspiracies like the one that claimed Trump colluded with Vladimir Putin to steal the 2016 election.

Mainstream, blue-pilled Americans loved Obama because the media and all their favorite celebrities loved Obama–and all the while they consider themselves the rebels, the underdogs, the oppressed.

These are the same people who HATE NAZIS SO MUCH and want to PUNCH EVERY NAZI, yet if they were alive in 1930s Germany they would have been the most loyal and devoted Nazis, probably ratting out Jews to the SS because they believed all the Nazi propaganda they were fed, just as they believe all the Uniparty propaganda they’re fed today. The same people trying to get right-wingers and Trump supporters banned from social media today are the people who would have been Nazi Party Loyalists in 1930s Germany. For sure.

So does our government already have black sites and gulags for political dissidents? I’d say no. Not yet. They’re not necessary yet.

But give it time.

And when they do exist, most of us will have no idea.

This recent uptick in social media banning and shadowbanning is why the blue checkmark has become almost a negative indicator: instead of denoting someone who is a “credible source,” it really just denotes someone who is Silicon Valley Approved. The tech oligarchs have determined that that person’s voice is Safe For Public Consumption.

You can’t really be that much of a threat to the Uniparty Oligarchy if they’ve given you a blue checkmark on social media.

The ultimate sign of credibility and truth online is, of course, being banned, but this is an imperfect metric because psychos get banned along with the most powerful truth-speaking dissidents.

Not only this but being banned is a dead-end: yes, you’ve proven that you are a significant enough threat to the Uniparty Establishment that they felt the need to silence you, but now what?

1 comment on “How the Government Will Use Social Media to Find, Purge and Eliminate Dissidents”