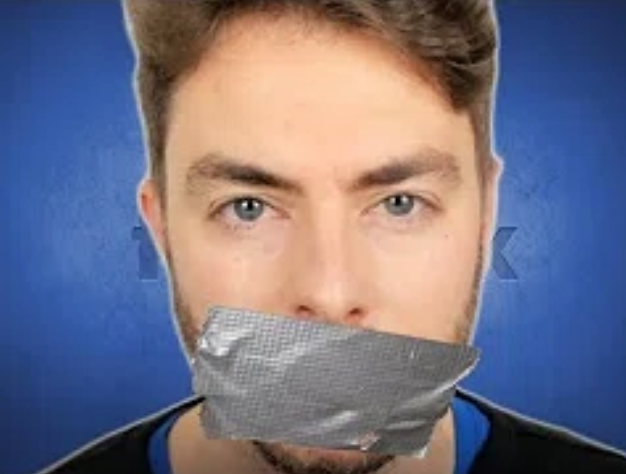 Expect his YouTube channel with 1.6 million subscribers to disappear any day.

Paul is one of the biggest names to be banned. He stopped affiliating himself with Alex Jones and InfoWars a few months ago, has never said anything anti-Semitic, and to my knowledge hasn’t done or said anything that the Silicon Valley Fascists can misrepresent as “dangerous.” I watch almost all of his videos and it’s clear that the reason he was banned was because he’s too effective and persuasive.

Paul says he was given no reason:

However, Facebook placed him in the same category as terrorists and a mobsters:

This is one of the first social media bannings where it was obviously about simply silencing an effective voice. That’s it. They just wanted to shut him up because he was reaching and persuading too many people. Pure political censorship.

Paul went out of his way to distance himself from the alt-right, the white nationalist movement, anti-semitism–all the taboos that get you banned. And still it didn’t matter: he was banned anyway.

Right now on social media, many prominent Trump backers are pledging to withhold their support for Trump in 2020 until Trump does something about this.

If they’re going to be silent on the Orwellian censorship then I don’t need to hear what they have to say on other matters. @Cernovich pic.twitter.com/VkiJSLz1mM

Mike Cernovich retweeted dozens of people who tweeted screenshots of themselves blocking Trump and his top advisors, most commonly Trump’s social media chief Dan Scavino. The idea is to send to a message to them about what is happening to the President’s supporters on social media.

These people have a point.

Think of how messed up this is: social media personalities like Watson, Jones, Milo and Loomer (all the names banned yesterday) were instrumental in getting Trump elected in 2016, now they are being purged from social media–losing their livelihoods in the process–for their pro-Trump, anti-Uniparty views, and Trump seemingly has turned his back on them.

They had Trump’s back when no one else did, now Trump has turned his back on them. He must redeem himself and come to their aid somehow. He’s the President of the United States, for God’s sake. He must do something. Something more than a tweet–but the way things have gone lately, I wonder if Watson and the rest will even get a tweet from Trump. These people are being persecuted because of their support of Trump.

But I guess Trump has new priorities and new friends, like the Establishment donors who snubbed him in 2016: