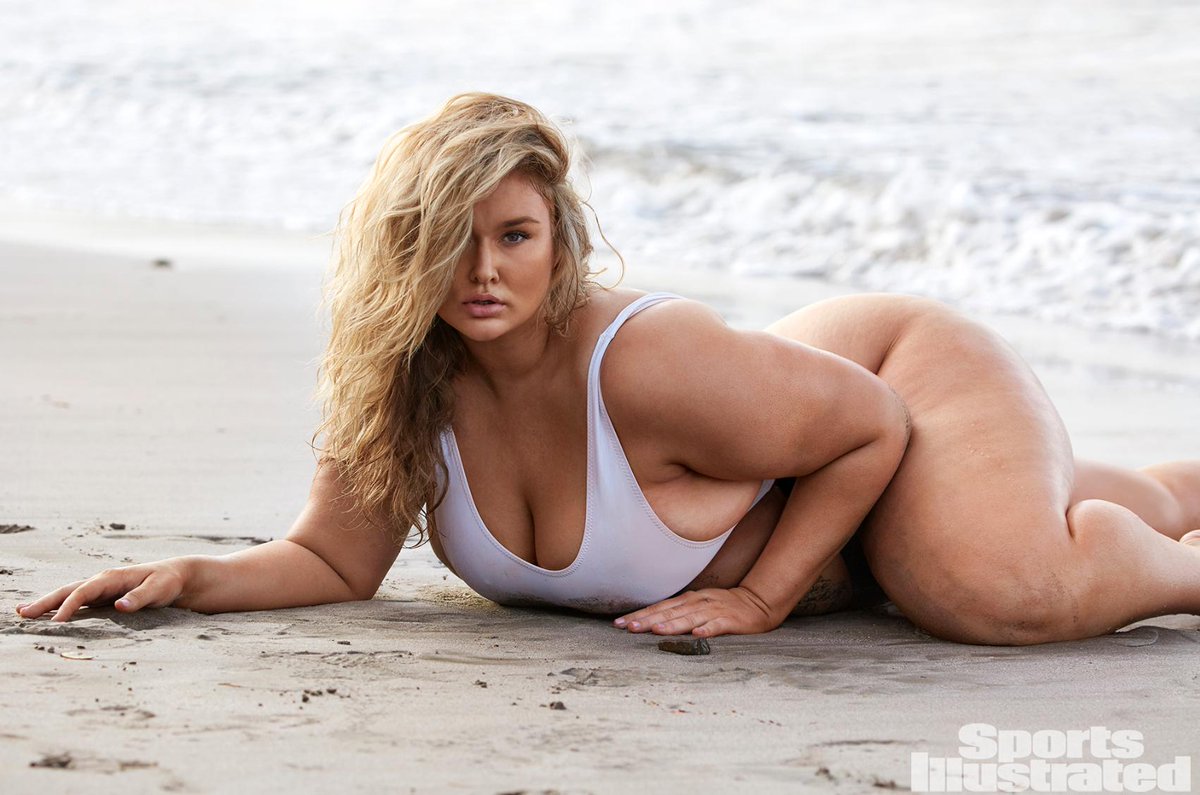 The Globalist Uniparty has made it their mission to ruin literally everything. Their latest victim? The Sports Illustrated Swimsuit Edition:

“Exposure to diversity is the catalyst that will ignite tolerance, acceptance and understanding.” — @HunterMcGrady https://t.co/3Zj0j2Xdld pic.twitter.com/bQCLi5lTCV

Honest to God, I threw up in my mouth reading that.

It wasn’t the picture of the overweight woman that did it. Nothing against her personally.

It was the idiotic liberal word salad justification for including objectively unattractive women in a magazine that literally only exists to glorify attractive women.

Because, you see, the reason most of us guys aren’t into obese women like the one above is because we simply have been “exposed” to enough diversity.

We guys, with our objective standards of beauty, are just uncultured barbarians who need to be reeducated by our cultural superiors.

You WILL learn to love and appreciate fat chicks.

And having fat chicks in the Swimsuit Edition is only the beginning:

Halima Aden makes history as the first model to wear a hijab and burkini for Sports Illustrated Swimsuit: https://t.co/8WFD4hHmiH. pic.twitter.com/OsBthnjoLY

“Makes history.” Give me a break. Uniparty propagandists love that term “Makes history.” They use it all the time for even the most trivial nonsense. A transgender “girl” wins the state title in wrestling in Louisiana? History has been made!

All the textbooks a hundred years from now will mention it, I’m sure.

Propagandists love framing everything as “making history” because it makes the rubes more likely to support it instinctively.

Be on the lookout: anytime they use the term “Makes/make/made history,” they’re trying to force some leftist propaganda on you:

As historical markers tracking the decline of America and greater Western Civilization, yes, history will look back on these moments. When they try to make sense of how the greatest nation in history died without a single soldier from a foreign army stepping foot on its soil, these are the moments they’ll point to.

Anyway: it’s 2019 and we’re no longer allowed to enjoy pictures of chicks in bikinis like we have for the past 50+ years (the Swimsuit Edition debuted in 1964).

We need to have “progressive” bullshit shoved down our throats at literally all times.

I hope this is how everything backfires on the Uniparty Establishment.

With each passing day, they assert their dominance in more areas of American culture. They’ve been venturing further and further out from the political sphere–for instance, in the past few years they’ve tainted sports (Colin Kaepernick, transgender athletes, Super Bowl commercials), Marvel comics movies (Captain Feminism, the obviously anti-white Black Panther), and even sex with their drive to instill into women the fear that all heterosexual men are rapists.

Until recently, the Progressive Globalist Uniparty’s power hasn’t been very obvious to normal Americans. But now it’s nearly impossible for even the most politically-oblivious Americans to not notice who rules over them.

Hopefully the Uniparty’s insatiable lust for power and the inevitable overreach it entails will cause more and more normal Americans to realize what’s going on and resist it.

For many years, most normal Americans were content to allow the Uniparty to run the country into the ground so long as they, the regular Americans, were free to live entertainment-centric, materialistic lifestyles.

But now, not even that is possible. Uniparty propaganda is now so widespread and in-your-face that there is no avoiding it anymore.

The only hope for this country is that this overreach backfires and ends up redpilling a bunch of previously oblivious Americans against the Uniparty.

“You can ruin my country’s government, but not my entertainment!”

It’s sad that it has come to this, but if this is what it takes to mobilize the masses against the ruling Uniparty Establishment, then so be it.