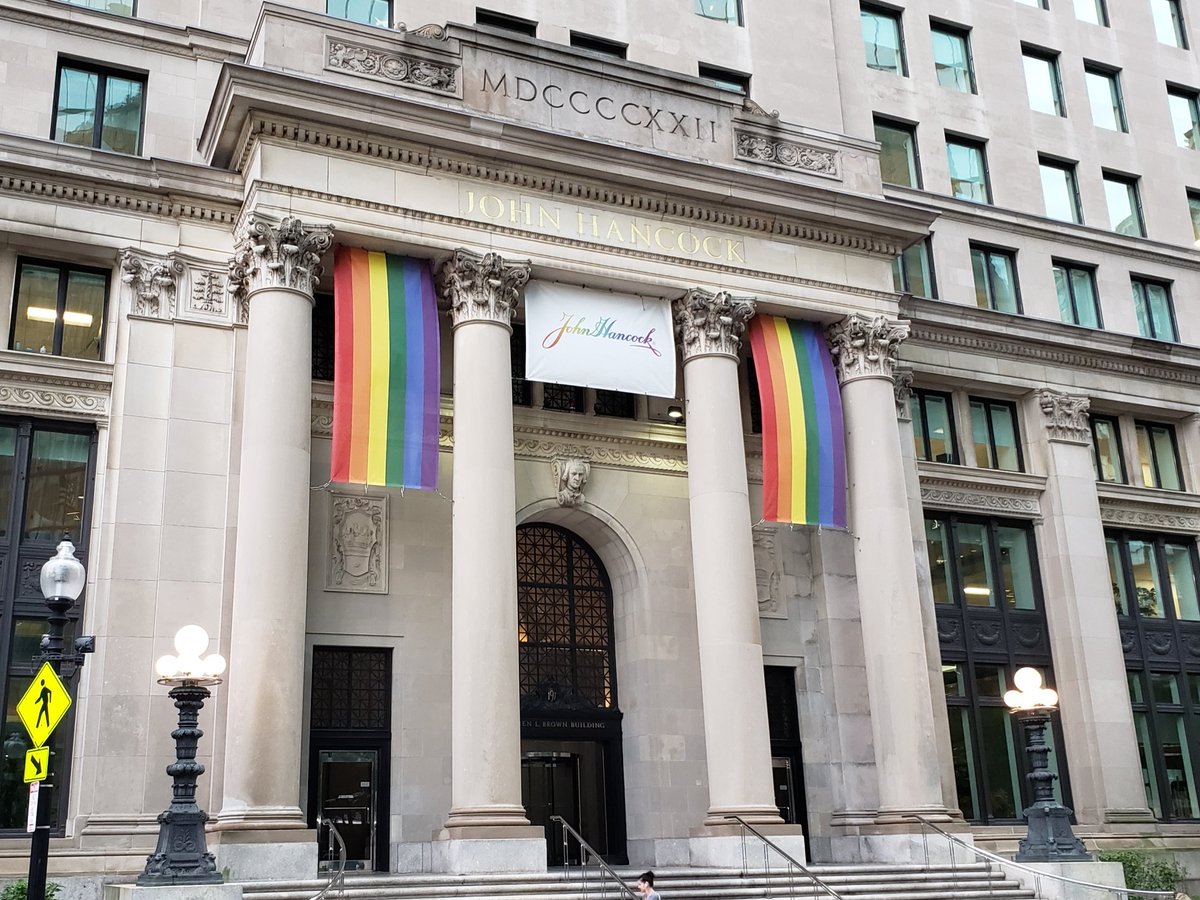 Pride Month is inadvertently redpilling lots of Normal Americans into realizing they are not in control of their country.

I live in Chicago. Everyone knows this city is overwhelmingly Democrat, extremely liberal, etc. And yet even people here are fed up with the rainbow flags literally everywhere. Even if they don’t have a problem with gay marriage and homosexuality in general, many will still tell you the whole Pride Month—which only really became a thing in the past few years—is way over the top. A whole month of virtually every business in the country draping themselves in the rainbow flag to signal their support for homosexuality is objectively excessive.

The whole “Pride Month” thing is a step too far for most normal Americans. It’s not that they are against gay people, but they are certainly not on board with promoting and celebrating homosexuality. That’s the difference now: it used to be that the LGBT movement wanted people to just be fine with gay people, now it is demanding we celebrate and even worship gay people.

I can tell you with near certainty that the vast majority of straight men—white, black, hispanic, Asian; it doesn’t matter—are not on board with this whole Pride Month Rainbow Flags Covering The Whole City. Maybe they won’t admit it because they’re afraid of the consequences of going against the Official Cultural Consensus, but it’s true.

This was not what we signed up for when over the course of the past decade or so we as a country changed our opinion on gay marriage. Most of us thought that once we legalized gay marriage, that would be the end of it. “Fine, go ahead and get married, we’ll stop telling you how to live your life; everyone just stay out of each other’s business, do what makes you happy, be who you are, live and let live.” That was what we thought the terms of the deal were.

But it hasn’t turned out that way. After gay marriage was legalized, we weren’t allowed to just go our separate ways and go back to not thinking about or caring what another person’s sexual preference is.

What is the point of all this? You’ve already gotten what you wanted, no? You got gay marriage legalized. Go forth and pursue your own happiness.

Do you believe you’re fighting for acceptance? The majority of the country already is fine with your lifestyle. Most Americans don’t have a problem with you. You’re not going to be attacked on the street for being gay. You’re not subject to harassment and discrimination for being gay. You have a far greater chance of being assaulted for wearing a Trump Hat than you do for wearing a rainbow flag hat.

Acceptance? Every corporation in America except Chick-Fil-A is currently going out of its way to virtue signal its support for your lifestyle.

What, then, is Pride month all about?

It’s about shoving it in your face. Normal Americans must now think about and be reminded of homosexuality for an entire month.

And that’s what Normal Americans are not cool with. They may not know what, exactly, it is about all the rainbow flags literally everywhere that rubs them the wrong way, but they know it just doesn’t sit right with them.

This is cultural overreach. Gay people got the right to get married, now they want to be celebrated and worshipped because they are gay. They want the rest of the country to not just permit them to be who they are, but to pay homage to them for a whole month because of who they are.

That’s where you lose most average Americans. That’s how you turn them from passive allies to conscious opponents.

A growing number of normal Americans now react negatively to the rainbow flag. It has come to evoke negative emotions. Where in the recent past most Americans were indifferent to the rainbow flag, now they roll their eyes because it brings to mind the in-your-face excess of the current LGBT movement in 2019.

United Airlines is hosting “Drag Queen brunch” in its terminals, while most normal Americans just want to catch their flight:

Most normal Americans don’t see this and think, “YAAASSS! You go, girl! Live your best life!!” They see drag queens at the airport and think, “For the love of God, just let me catch my flight in peace.” They feel bombarded, and they’re right to feel that way.

Gays are now demanding that we worship them and recognize them for a whole month simply because they’re homosexuals? As if it’s some sort of achievement? Most regular Americans are not on board with this.

There are even gay people who are not cool with the idea of Pride Month. Jeff Giesea is a gay conservative political pundit, and he is over the whole Pride Month thing:

Is there such a thing as Pride exhaustion? A month of corporate sponsored, rainbow packaged, performative yassing is too much. We should celebrate in a single weekend and be done with it. #PrideMonth pic.twitter.com/FoFMYn6eHY

You know our cultural priorities are whacked when we spend an entire month on Pride and a single, solemn day on Father’s Day, with corporate adversiting blasted around the former and muted around the latter. pic.twitter.com/cAggyh5lyP

This is how you inadvertently redpill normal Americans. This is how Uniparty propaganda backfires. If even some gay people are starting to get annoyed by the over-the-top excesses of Pride Month, you can certainly bet millions of “everyday Americans” are, too.

Normally, Uniparty control isn’t so obvious and in-your-face. Most Americans live under the illusion that their country isn’t under the control of an omnipotent, antidemocratic oligarchy of multinational megacorporations married to big government. This is because the Uniparty’s propaganda is usually delivered to the masses subtly via Hollywood films, “pop culture,” Late Night Television hosts and Fake News outlets.

But not during Pride Month. Pride Month is when it becomes unavoidably obvious that there is a specific agenda being shoved in Americans’ faces.

They see the rainbow flags covering their neighborhoods, they see the megacorporations competing with one another to be The Most Pro-Gay, and it reminds them that they are not in control of their own country anymore. Somebody else is.