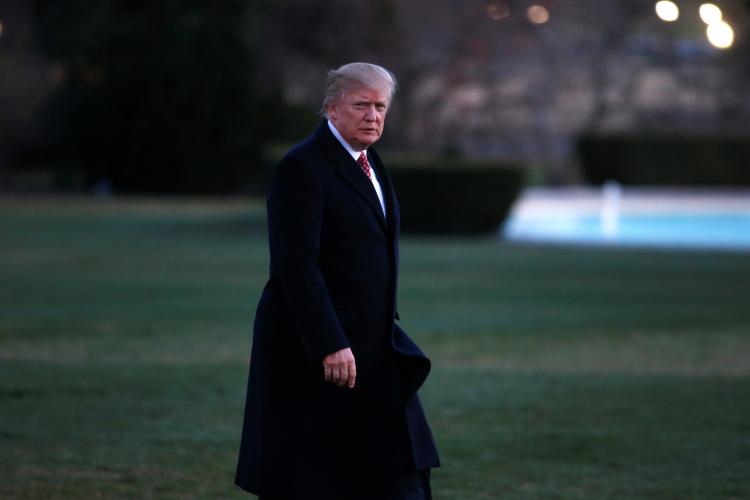 You may have read recently about President Trump’s welcome decision to change legal asylum rules:

There is an exemption for human trafficking victims

This is an obviously good idea that makes perfect logical sense. If someone is leaving their home country and seeking asylum somewhere else, there is no reason for them to pass through multiple countries before settling down again.

There is no reason someone from El Salvador or Honduras needs to come through Mexico to America and only America in search of asylum.

Unless the claim of “asylum” is just an excuse to be allowed into the United States.

If it’s really about asylum, then any country other than their home country will suffice. Mexico, for instance, should suffice for someone seeking asylum from Guatemala or Honduras.

Logically, people forfeit their claims to be seeking asylum when they pass through one or more countries en route to their end destination of America.

If you go through one or more other countries to come here, you clearly aren’t just seeking to escape your home country. If that was the case you would have stopped seeking asylum the moment you got out of your home country.

But obviously we’re not stupid; we realize that these “asylum” claims are mostly BS excuses to get into America and get healthcare and welfare. So now Trump has removed part of that incentive for people from any country that does not border the U.S., which is to say every country in the world but two.

I say “part” of the incentive because we still give healthcare and welfare benefits to illegals, and prospective illegal immigrants in other countries know this and still want to come to America because of it. Until we stop giving handouts to illegals, they will never stop wanting to come here.

Now, while Trump’s decision is a good one that should in theory discourage and ultimately greatly reduce false asylum claims at the border, there are a couple problems that still remain.

First, people will still keep trying to come across the border illegally. They want to get into America to enjoy our generous welfare system by any means possible.

Second, they should know that while Trump is against illegal immigration and wants to crack down on it, the rest of the American political class is not. Phony asylum seekers should know by now that Democrats will let them in and give them free healthcare and government benefits. Prospective migrants from poor countries have lots of friends in high places here in the US, and that just because Trump issued this rule does not mean it will stand.

Thus far in his Presidency, the federal courts have, just to give a sampling:

And that’s not nearly everything. But it just gives you an idea of how corrupt the federal court system is, and how dead-set it is on making sure nothing ever gets in the way of this country being endlessly flooded by poor third-worlders.

All in all, federal courts have ruled against the administration 70 times in two and a half years, according to the Bezos Post, which proudly trumpets this number as if it reflects poorly on Trump rather than the courts themselves:

It’s not because, as Bezos Post wants you to believe, Trump is trampling on the Constitution left and right. It’s because the corrupt courts have taken for themselves both legislative and executive powers.

Virtually none of this is on the up-and-up.

How can you tell? Because, conveniently, it just so happens that any and all opposition to liberal policies is Unconstitutional. Imagine that. According to federal judges, the Founding Fathers didn’t want a border, saw no distinction between American citizens and illegals, supported the idea of Sanctuary Cities, and hated the idea of honest, legitimate journalism. And everyone knows the Founding Fathers wanted trannies in the military.

Wow, how fortunate for the left that the Racist, Sexist, Slave-owning Founding Fathers also happened to agree with the Democratic Party of 2019 on literally everything.

The Impartial and Unbiased courts whom no one must ever question or criticize said so!

This how our country is run now. Uniparty judges appointed by Obama, Bush and Clinton are the real government. They alone decide which policies stand and which are struck down.

And there’s nothing you can do about it because they’re appointed for life. The President you voted for has been overruled by judges you didn’t vote for, and that’s how this country works now.

You are not allowed to vote against open borders. That’s one government policy the American people don’t get a say in.

Immigration restrictions are no longer on the menu.

How ’bout a nice, fat helping of open borders instead?

0 comments on “Who Really Governs This Country?”