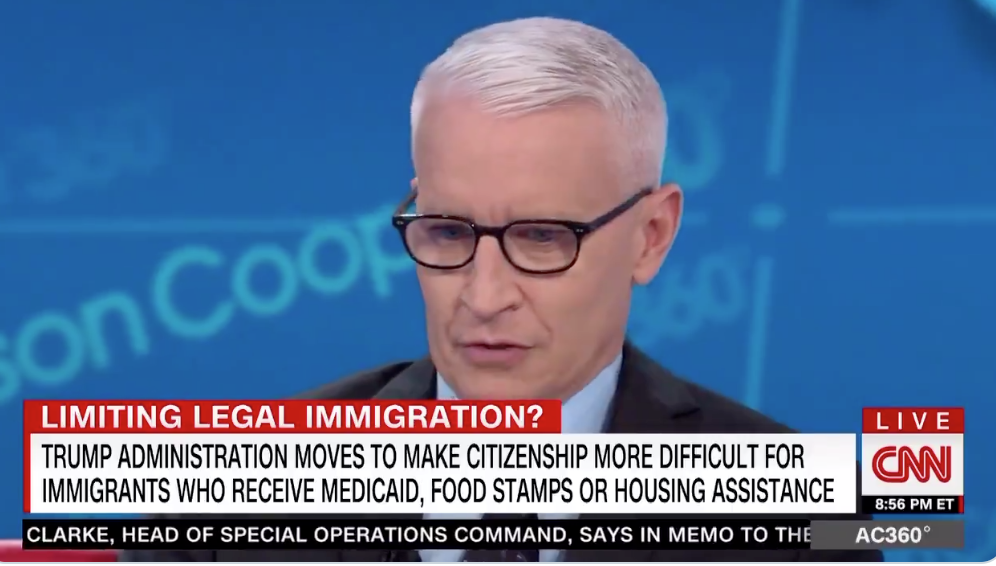 He also called the demographic decline of white people “progress”:

CNN: It's exciting Whites will no longer be the majority in the country. There's nothing they can do about it pic.twitter.com/rvhsabsDzc

I thought “replacement theory” was a myth?

Sometimes they let the veil slip and reveal their true intentions.

Anderson Cooper is “excited” by the prospect of an America where white people are no longer the majority?

People should spend some time pondering that question.

0 comments on “CNN’s Anderson Cooper: It’s “Exciting” that Whites Will One Day be the Minority in America”