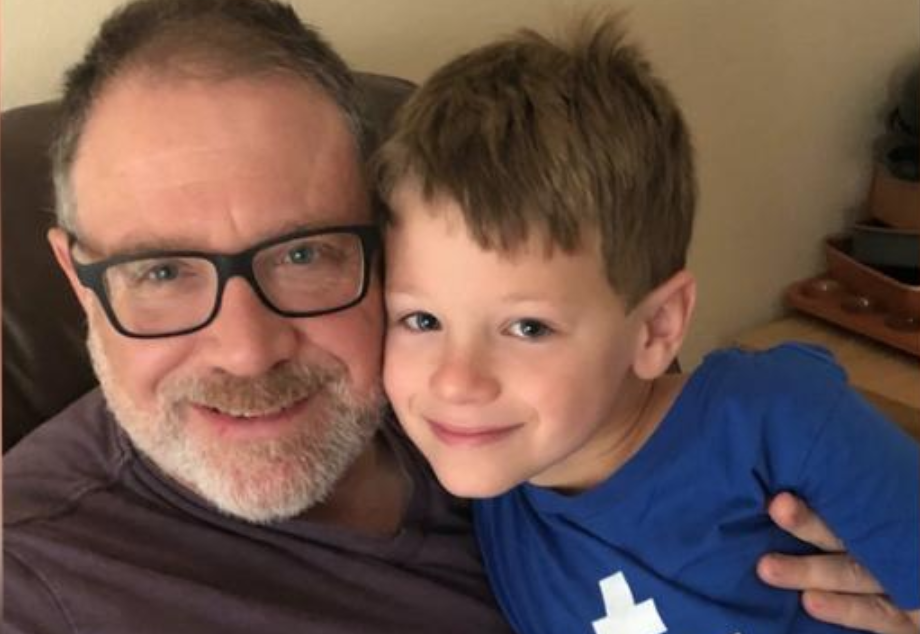 A jury in Texas recently told a man that his 7-year-old son (both pictured above) is going to be transitioned into a girl and there’s not a damn thing he can do about it:

“A jury in Dallas, Texas has ruled against Jeffrey Younger, the father who is trying to protect his seven-year-old son, James, from chemical castration via a gender “transition.” This means James’ mother, Dr. Anne Georgulas, will be able to continue “transitioning” him into “Luna,” and now has full authority to start him on puberty blockers and eventually cross-sex hormones.

The jury’s decision likely means that Mr. Younger will be required to “affirm” James as a girl, despite his religious and moral objections, and will also be forced to take a class on transgenderism.”

This is pure humiliation for the dad. As if he is the one who needs to be enlightened about Transgenderism. He’s just an angry, ignorant white male conservative who’s stuck in the past and afraid of all this wonderful Change and Progress.

Mr. Younger and Dr. Georgulas were in court last week fighting over custody and decision-making abilities for James and his twin, Jude. Mr. Younger argues his ex-wife is “transitioning” James against the boy’s will.”

She does not care that she is already doing serious psychological damage to the boy by telling him he’s a girl. And that’s to say nothing of the serious physical damage she’s about to inflict on this poor boy by forcing him to take medications that will turn him into a female. The human body was not designed to literally change its sex, and any attempt to do so is unnatural, in addition to being immoral, and will inevitably lead to serious medical and psychological problems.

But the Affluent Female Liberal need to virtue signal trumps all of this. Poor James’ mother WILL have a transgender child at any cost.

I remember not so long ago there was a time in this country where Affluent Women’s status seeking could be satisfied with a nice car and an expensive purse, maybe some breast implants. Now in 2019 they’re giving their 7-year-old sons hormone blockers to turn them into girls.

The term “child abuse” is appropriate here, but in my opinion it is not strong enough to fully convey the wickedness of what this woman is attempting to do to poor James. It’s more like child torture.

We are truly living in upside-down clown world when a jury decides a custody battle in favor of the parent that wants to torture the child.

Update: Thankfully, a judge has overruled the jury’s ridiculous decision and Jeff Younger will be granted partial custody of James. Hopefully this means the poor boy will not have to be pumped full of chemicals and hormone blockers.

Still, the fact that this almost happened is worrying because it shows just how bad the state of this country is when a jury of a man’s peers rules that he has to allow his insane ex-wife to chemically castrate his son.

The fact that it was a jury of everyday people making that decision is evidence that degenerate liberal propaganda and brainwashing has been devastatingly effective.