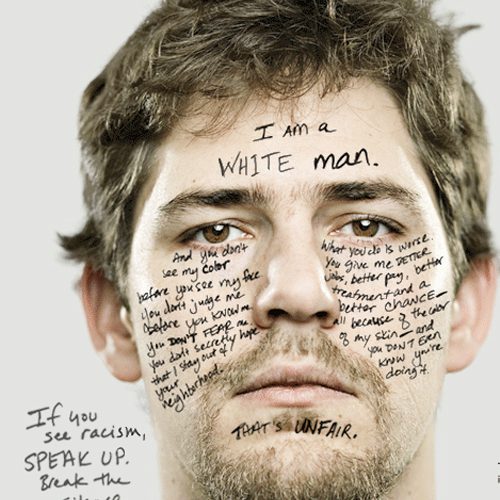 Every country’s majority population has “privilege.”

Saying the majority population in a country has a built-in advantage or “privilege” in that country is a self-evident truth.

But now it’s seen as bad and evil–instead of an obvious fact of life–for America to favor the particular ethnic group that has represented the historical majority in this country for three-plus centuries (going back before the founding).

Eradicating “white privilege” in America has been the main focus of affirmative action policies since the late 1960s. It has become secular America’s de facto religion: white people must recognize and denounce their original sin of “white privilege” or else be condemned as Racists™️.

Even lots of white “conservatives” have accepted and internalized the idea of white privilege. The difference between them and the woke, self-hating white leftists is only that they feel no guilt and angst over their white privilege. But many still acknowledge white privilege is a thing.

The idea of “Norwegian privilege” didn’t even exist until the first Swede walked across the border and settled down in a foreign country built by and for Norwegians.

The idea of white privilege in a white country is as stupid as saying the 49ers had “49er Privilege” at their home stadium in the NFC Championship Game, and that the Green Bay Packers were helpless victims because they did not enjoy the same home field advantage.

It will soon be illegal to say but it doesn’t make it any less true: America is and has been  a white country since day one. The elites are doing everything they can to change that but until they do, America is still a white country. So of course white people are going to have the natural advantage here. Same goes for England and Germany and Sweden. A white country means a white society and hence a natural “bias” toward white people.

A Black Country results in a black society and an inevitable bias toward black people over all others.

If there are 100 people in a room and 95 of them are Asian, with the remaining 5 being white, the whites will not have any sort of privilege or advantage to speak of.

People are naturally “biased” to favor their own kind. However, modern white liberals may be the first ethnic subgroup in human history to actually have trained themselves (or, if you prefer, been trained) to be biased against their own ingroup and in favor of outgroups. The media, Hollywood and the education system have really done a number on white liberals.

Through this lie of “white privilege,” lots white people are being brainwashed to actively work to demolish their own race.

They have been convinced that America is “biased” towards white people, and that this is wrong and must be changed. They are driven by a tremendous sense of guilt over their perceived “privilege” over helpless minorities.

But it’s not even technically “biased.” I put that word in quotations for a reason: because it’s not really accurate to say America is “biased” toward white people. It was a white country and a white society, until other people started showing up. Then, by definition, it became “biased” toward its white majority, but only because outsiders started moving there. There’s no such thing as an in-group until an out-group is introduced. There’s no majority until there’s a minority.

From the earliest days of America until the waves of mass foreign immigration that began in 1965 with the Ted Kennedy Immigration reform, America was a 90% white country. So the idea of white privilege didn’t even exist: it was simply a white country. There was no consciously-developed system where the people in power said, “We’ve got to make sure this country favors white people.” It was just an inherent byproduct of the fact that America was a 90% white nation. No one ever thought about the idea of “white privilege” or keeping white people atop the racial pecking order.

The term “white privilege” didn’t even exist until the 1960s, and only entered the mainstream vocabulary in the 1990s:

“White privilege” wasn’t a thing until the 1960s, when our government decided that we were to be a “diverse” country instead of a white one.

You can’t expect a native population to suddenly and immediately bend over backwards to cater to a newly-arrived minority of outsiders. That’s not how it works. Outsiders generally have to be the ones to change and adapt to the customs and ways of their new country. They have to assimilate–in other words, try to be like the native population as much as they possibly can to fit in.

You can’t just move to someone else’s country and then complain that the people who were already there, who have historically populated that country, have “privilege.” Well, no shit they do: it’s their country. They founded it, they built it, and they make up its society. Of course it’s “biased” towards them.

If you don’t like it, then go back to your own country where it’s “biased” towards you.

I can’t move to Pakistan and claim society’s biased towards Pakistanis. That’s idiotic.

Outsiders in foreign lands are naturally at a disadvantage, and probably always will be no matter how much they assimilate. As long as you’re the minority group, you will always be at a disadvantage compared to the majority group.

It sucks but it’s a fact of life no matter where you go. If you don’t like it you can leave.

But of course none of the people complaining about “white privilege” actually will leave, will they? No, because it’s objectively better here, and they all know it.

But that doesn’t stop them from wanting to have their cake and eat it too: they want to come here because it’s better than their old country, but they also don’t want to be treated as foreigners.

Well, tough shit. You can’t have it both ways. You want home field advantage? Then go back home.

You want to live in our land of opportunity? Then you forfeit your home field advantage. You’ll have to adapt to the new playing field.

Weigh the pros and cons, then make a decision.

Fortunately for you this country you bash for having “white privilege” is also the most hospitable and most welcoming to foreigners and immigrants in the world. Immigrants can get rich and famous and beloved in this country. Immigrants can make it to the top—hell, one was even President. Even if your dream is not fame and fortune, there are plenty of immigrants who become wealthy, successful, secure and happy in this country. There are countless examples of foreigners who have come to America and overcome the supposed albatross of “white privilege.”

They made it. Why can’t you?

I’m white, and most of the landlords I’ve had in my life weren’t white. Most were first or second generation immigrants. What kind of “white privilege”-based society would allow that? I’ve had plenty of nonwhite bosses. (Even nonwhite female bosses. Some patriarchy.)

And try being an American expat in another country. See how far your white privilege gets you. Here are a couple of examples of what it’s like to be a foreigner living in Japan. Spoiler: it’s not easy.

The idea of “white privilege” is completely illogical to anyone who thinks about it for more than 10 seconds. The shark has “shark privilege” over me when I’m in the ocean, but he probably couldn’t do much to me when he’s on dry land, my turf.

I have as much “white privilege” over a black immigrant from Nigeria as he has “black privilege” over me in his own country. Actually, a black Nigerian has it much easier in America than a white American would have it in Nigeria. The evidence is in the number of black Nigerians that want to immigrate to America and the lack of white Americans that want to immigrate to Nigeria.

To sum up, racial-majority “privilege” is not:

Now, there is a very big difference between a society that deliberately discriminates against and oppresses certain groups on the grounds of ethnicity, and a society that is simply inherently favorable to the people that a. built that society, and b. have been the majority population in that country historically.

The idea that America has a deliberately-constructed system in place designed specifically to oppress nonwhites is just nonsense. That system (“Jim Crow”) was dismantled decades ago. And the system we created after Jim Crow has been a system designed to rectify the sins of Jim Crow. Most social policies enacted since the 1960s have had the express goal of favoring nonwhites, if anything.

Everyone has a story from their own life where they’ve seen nonwhite privilege at work. It’s the law of the land.

Why do you think Elizabeth Warren pretended to be an Indian? If America was truly based on white privilege, then why would she have made efforts to claim she wasn’t white?

Of course, the whole idea behind nonwhite privilege is to level the playing field–in other words, give preferential treatment to non-white males so that they can “catch up” to white males, who were previously the supposed privileged group.

But that still doesn’t change what affirmative action is. It’s nonwhite privilege.

It’s because our cultural elites have decided that White Men Are Bad and their time is over. It’s because they believe there are too many Old White Men around. In fact, the term “Old White Men” has become a pejorative over the past five years or so.

So not only is the idea of “white privilege” in America nonsensical, if anything the opposite exists today.

0 comments on “White Privilege is a Lie”