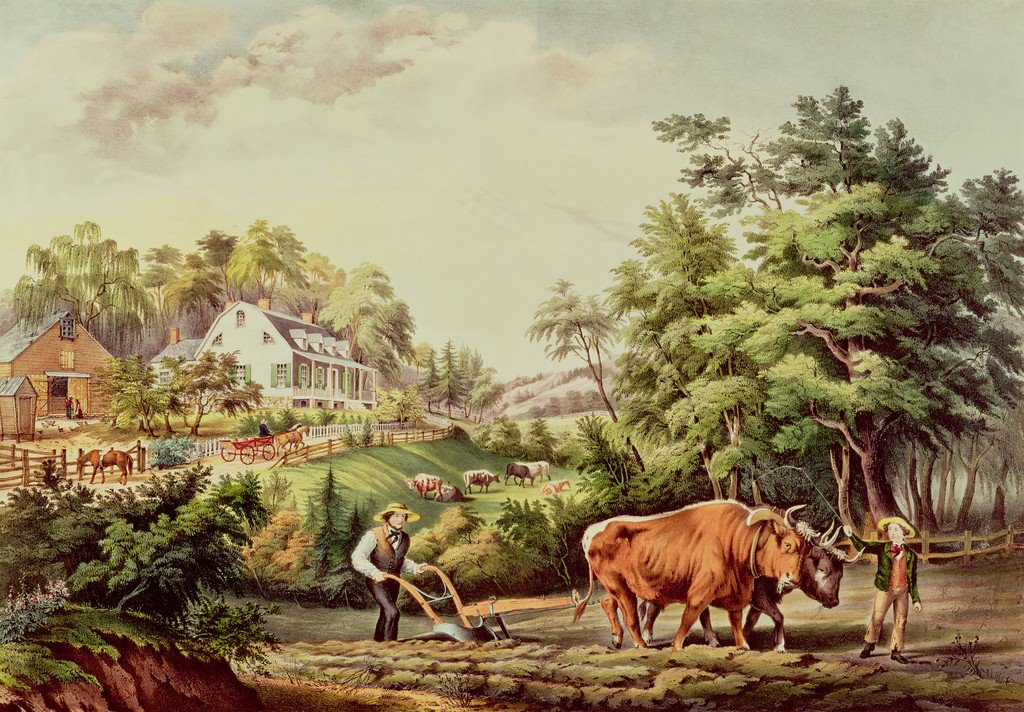 Potential employers are now judging you based on not only the tweets you send, but the tweets of others that you like:

Be careful what you like on social media, because potential future employers are now basing hiring decisions on it. It’s not enough now to just watch what you say and post on social media–they’re looking deeper than that.

You can learn a lot about a man by what he likes on social media. Because there’s a lot he won’t say, but which he will reveal through his likes and retweets. That’s where people truly show themselves, and Corporate America knows this.

Your ability to provide for yourself is now determined by whether you think Good Things, or Bad Things. Maybe you’ve never tweeted anything racist yourself, but that tweet you liked about FBI Crime Statistics by Race? Red flag for potential employers. An off-color joke? It could mean you lose out on a job.

It’s impossible to hide now. They know everything about you. They know what tweets you’ve liked. They know your Google search history. They know more about you than your family and closest friends do.

It’s over. Your mind is an open book for them. And they’re basing their decision of whether or not to give you the means to provide for yourself on the thoughts in your head. If you want a roof over your head, you’d better get with the program.

I hope it’s clear by now that Corporate America is every bit as bad as the government.

Where the government cannot oppress you, Corporate America will. They work together. They’re different limbs of the same beast.

They are determined to police your thoughts and they will not be constrained by the Constitution. They have simply found a way around it. The government has outsourced its oppression of you to Corporate America.

The government may not be able to control what you say, but Facebook, Google and Twitter can.

This is why you need to be making plans to become self-sufficient. One day Corporate America will present you with a choice: your salary or your beliefs. At that point you will be owned–if you do not have the ability to provide for yourself.

“I support Trump, I think illegal immigration is destroying this country, and I’m not ashamed about being white. But damnit, I need a salary. So I guess Orange Man Bad, white people are evil, Diversity is Our Strength, and Caitlyn Jenner is stunning and brave.”

At some point in the near future, having the Approved political and cultural views will be a prerequisite for employment. It could well get to the point where even McDonald’s is vetting applicants’ thoughts extensively.

So it’s imperative to prepare for yourself a future that does not rely on Corporate America for survival. Make plans to sever ties with Corporate America, or else you will be their slave. Their goal is to control the thoughts in your head, and they will achieve that goal if you do not become self-sufficient.

Banks and payment processors are already refusing to provide their services to people who don’t get in line with The Consensus. Why do you think they want us living in a cashless society? It’s all about control.

They want to turn us all into cattle–dumb, docile and under control. This is no longer the America any of us grew up in. It is not a free country anymore, and it’s getting less free by the day.

If you do not wish to be treated like cattle, you had better become independent. I really don’t see a way forward for political and cultural dissidents in 21st century America that does not entail moving out to the country and becoming a self-sufficient farmer.

The corporations have decided that your ability to put a roof over your family’s head will be determined by whether or not you hold Mainstream political and cultural views.

The best revolution for us will not be a violent one. It will not entail war or terrorism or becoming the V for Vendetta guy. It will simply be us leaving Their World behind. Just move out to the country and start raising goats.

You can be free without having to shed blood. You still have a choice.

Figure out a way to be either self-employed or self-sufficient. Preferably both. But right now, chances are Corporate America has you by the balls.

You can’t quit your job because you have bills to pay. You don’t want to lose your healthcare. These are valid reasons; we’re all in the same boat. But while it’s possible to get out of the spider’s web, nobody ever said it was going to be easy. Only worth it.

You’ll have to figure it out for yourself. I can’t tell you how to do it because I’m still trying to figure out my own escape plan. But it is possible–and not only that, necessary.

Fortunately for us there is an opt-out in the contract. The terms of the deal are that you’re going to get a salary and be able to afford Nice Things so long as you passively endorse your rulers as they flood the country with cheap foreign labor, and start foreign wars that benefit no one besides Israel and the big defense contractors.

As a good citizen of 21st century America, your end of the bargain is that you will go to work and when you come home you will watch Netflix and then drink yourself stupid on the weekend. That’s your life if you accept the deal. You can do what you like with your free time as long as it’s not questioning your rulers and what they are doing to your country.

But again: this is all part of a deal that you have accepted. And the good news is you can opt-out. You simply have to forgo–for some amount of time–the security and comfort and stability that come from being employed by Corporate America.

But you don’t have to send your kids to Drag Queen Story Hour, or have your 2nd grader indoctrinated with LGBT propaganda. You can simply homeschool your kids.

You don’t have to eat fast food that literally poisons you, and drink water full of atrazine.

All of it is optional. Most people just don’t know they have a choice.

The hardest part is simply accepting the simple life of a farmer. Give up on your dream of one day becoming a rich movie star or a celebrity or a Business Executive, because that–even more than having bills to pay–is why most people are willing to play by Corporate America’s rules.

Lots of people today have this belief that they are destined for superstardom, and that’s why they accept Corporate America’s deal. They want to climb the Corporate Ladder so they partake in the rat race willingly. Or they figure their Corporate America job is just a temporary thing until they Make It Big.

Stop chasing fame and riches. I promise you they will not bring you fulfillment. Even if you do beat the odds and become a Hollywood celebrity or a rock superstar, there are strings attached. Hollywood is an exclusive club and you will pay a very steep price to get in. Hollywood is full of pedophiles, degenerates and even murderers. Look into the strange phenomenon of celebrities who have had family members murdered. Those aren’t just tragic coincidences. Becoming a celebrity requires literally selling your soul to the devil.

Being rich and famous is not going to bring you fulfillment and meaning in your life. Owning an exotic car is overrated: they’re expensive as hell to maintain and insure. Owning a yacht is overrated as well: there’s a reason they say the two best days of a boat-owner’s life is the day he buys it and the day he sells it.

The only things that will bring you fulfillment is faith, family and meaningful work, whatever that may be to you. It is not owning a Ferrari and a house in Beverly Hills.

So long as you prioritize money and material possessions over all else, They have got you by the balls. You’ll be running on their hamster wheel forever.

Now, will the rulers start to get pissed if more and more people start rejecting their deal of submission for comfort? Maybe–once it starts hurting their profits. But they’ll just import even more foreign labor if that happens. But they were always going to do that anyway.

And there’s always the chance they will go full Ruby Ridge on you, so obey the law and pay your taxes. Get all your guns registered and legitimately. If you’re going to rebel against the government, be prepared for them to treat you like a rebel.

Right now you still have the choice to leave their system behind and be free. And when I say you “have the choice,” don’t take it as if I’m saying one day the government is going to make it illegal to move to the countryside and raise goats. That’s not what I’m saying. What I mean is, things will get worse and worse in the cities for wage earners that they will be effectively forced to flee. The choice will be made for you.

There will come a day where you will not be allowed to earn a wage from a corporation while also not wanting to have insane pedophiles dressed like literal demons reading stories to your children. In the near future, holding the Wrong Political Views will doom you in the labor market.

So start preparing now. Give yourself options. A man with options in his life is more powerful and more free than a man whose life would fall apart if he lost his job.

And notice that not once have I brought up the prospect of total societal breakdown or the a full-scale economic collapse. I am not saying society is going to turn in to Mad Max or some overtly-totalitarian 1984-style dystopia.

For one, our rulers know better than to make their tyranny visually obvious to us. A lot of people are tricked into thinking everything’s fine because society doesn’t look like their idea of a totalitarian dystopia. But people: they’re not suddenly going to put up menacing posters of Big Brother all over the cities and paint everything gray. They don’t want you to feel like you’re living under a tyrannical regime. It will not look like Hollywood’s presentation of dystopia. It will not look like 1984. In fact, this might be the fatal flaw of Orwell’s classic book: leading people to believe that when tyranny arrives, it will be obvious–that there is a certain, unmistakable “look” to a totalitarian society.

America will not suddenly look like this one day:

What will happen is that your freedoms will be taken away from you one-by-one.

Life will still be in color.

You just won’t be free.

0 comments on “The Thought Police Have Arrived, so it’s Time to Leave the Corporate Dystopia Behind”